The only person I ever knew who ate orange marmalade on the regular was my father’s mother, Araxie.  We lived with my grandmother at her Cape house for a month every summer until I went off to sleep away camp.  As a result, I knew her breakfast routine pretty well and it wasn’t complicated.  Black coffee, a soft boiled egg or two that she ate in a bowl with shards of toast, and then more toast (usually yummy Portuguese bread) that she topped with cottage cheese and of course, orange marmalade.  The bittersweet taste of the marmalade never appealed to me as a child, but I love it now.  It’s still great on toast, but I also used in in today’s savory recipe.

This Salmon is a riff on Gwyneth Paltrow’s recipe, swapping her 8 Tablespoons of ginger preserves for my 4 Tablespoons of orange marmalade.  I had the marmalade, not the ginger preserves when I wanted to make this simple weeknight recipe and it stuck.  I’ve also adapted the recipe for the oven as GP’s was a specialty of her father’s who cooked it on the grill. When I made it earlier this year, I posted a picture of it to my Instagram with the simple instructions and a couple of my friends have made it since with great results!

On the topic of which salmon to choose, my feelings are you should purchase what works for you. I am neither an authority nor the food police or preacher on these matters.  Having said that, you may remember in my post about Blackened Fish Tacos that I told you about the website, seafoodwatch.org?  This is a useful resource that allows you to type in the fish you want to purchase and to learn which sources are best for that species.  My go-to salmon is now sourced from the Faroe Islands (Denmark).  I really don’t buy anything else and salmon raised in Denmark has received a “Best Choice” from Seafood Watch.  One local purveyor sells it, and it is appearing on many restaurant menus so I order it when I am in the mood for salmon.  It is luscious.  Many salmons are on the seafood watch’s “avoid” list so it is worth taking a look at their website and being aware of what you are purchasing so you can decide what is best for you and your family. They also have an app which is convenient, especially since so many markets now list where and how their fish is raised (if they don’t, ask). Moving on…

As for this recipe, it couldn’t be easier.  Set the oven to 400 degrees.  Sprinkle your salmon fillets with some salt and pepper, a generous dollop of orange marmalade and some fresh thyme leaves.  Pop them in the oven for about 15 minutes and your dinner is ready.  Throw some quick cooking vegetables on the pan if you would like.  I used asparagus and tomatoes, but I have used potatoes that were diced small so they cooked in 15.  Who doesn’t need a quick dinner idea at this time of year?

Easy enough for a weeknight and elegant enough to serve to guests.  You decide!  Just 3 ingredients other than salt and pepper… 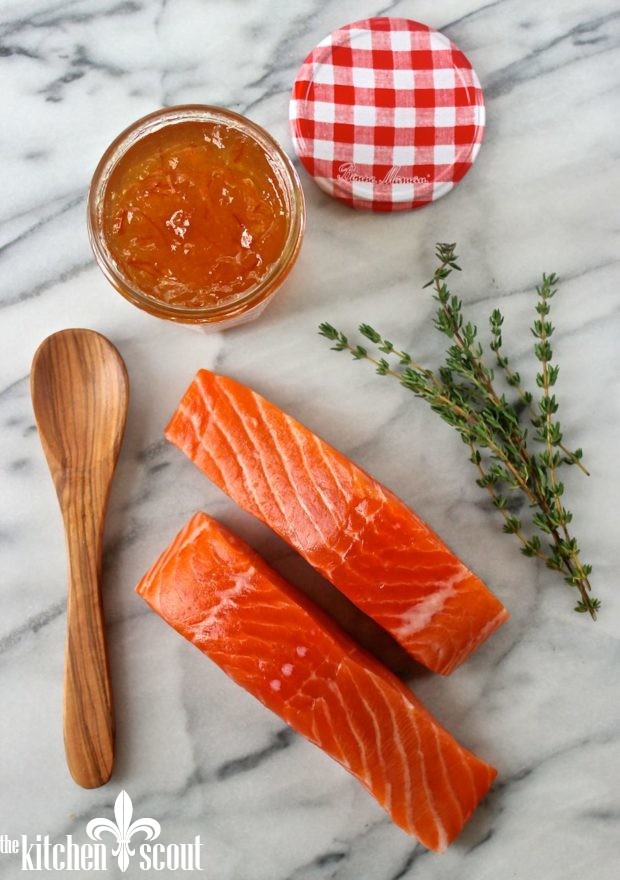 I love lots of colors on my plate… 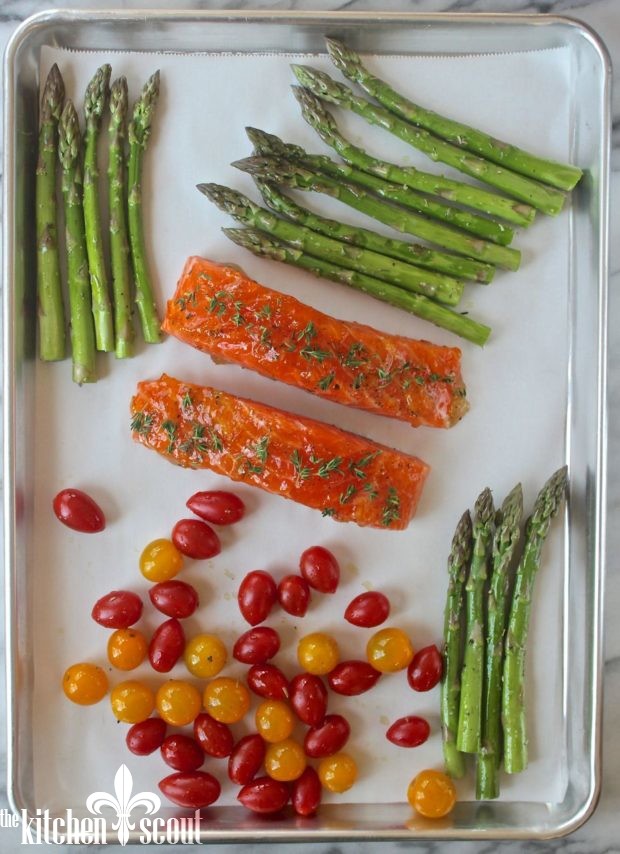 Close up so you can see that glistening orange marmalade… 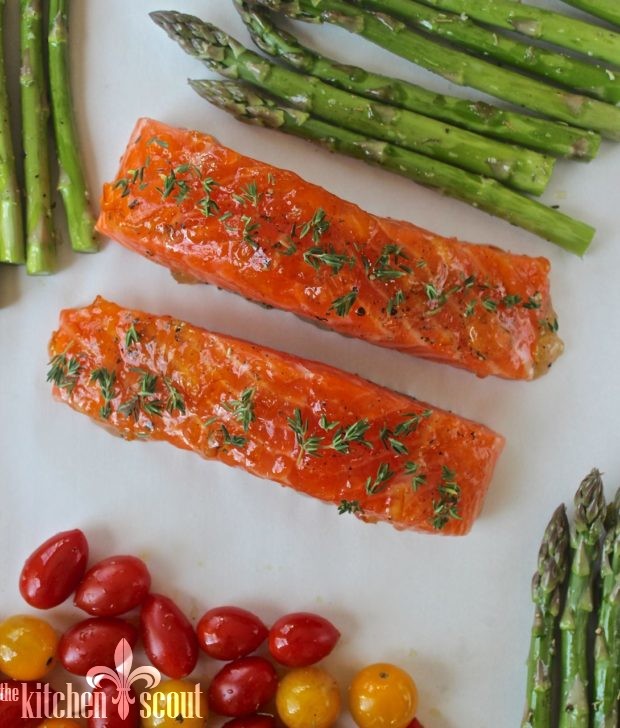 Dinner is ready.  The salmon stays incredibly moist and has hints of the orange balanced with the more floral thyme… 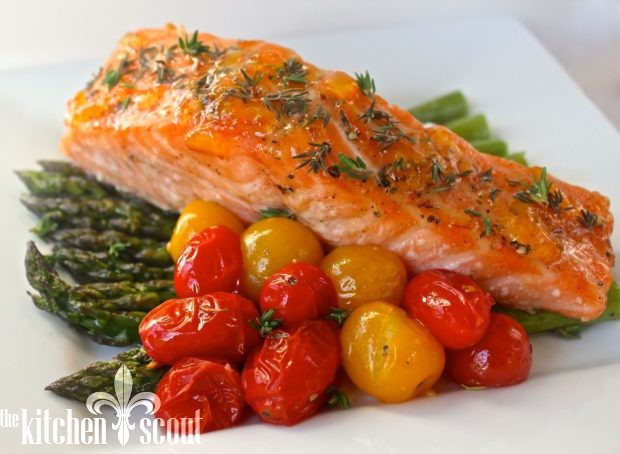 I would love to know your thoughts on salmon, purchasing fish in general, anything fish related!  And please let me know if you make this Salmon dish ok?  I love to hear from you.

One Year Ago: Review of Doretta Taverna in Boston, Massachusetts

Two Years Ago:  Review of Dumpling Daughter in Weston, Massachusetts

Recipe adapted from My Father's Daughter by Gwyneth Paltrow