Pasta with Asparagus and Arugula-Pistachio Pesto

I used to have a love affair with magazines.  The more the better, and at one point I had so many subscriptions it was a bit crazy.  Gourmet, Bon Appetit, Fine Cooking Magazine and Cooks Illustrated came on the regular along with a few non-food based publications like Redbook, recommended to me by my sister in law during my early days of motherhood as a good value (it was).  And I do believe I read them all, especially Gourmet which was like reading an adventure book every month.

When I was younger, it was Seventeen, Glamour and even Tiger Beat (who remembers that one?) which was the People magazine of its time for youngsters with crushes on Donny Osmond and David or Shaun Cassidy.  Each issue came with a folded poster inserted into the center that you could pin up on your wall (if your parents allowed) or your bulletin board (more my style) to stare at while simultaneously avoiding your homework.

It’s funny this love of magazines – where did it come from?  My mother always had her nose in a book when she had free time.  We had National Geographic and Time come to the house and I read those too, but we weren’t big magazine people.  I think it was my grandmother who loved her circulars and good old People magazine that inspired me.  I used to love to grab the latest People at her house and devour it cover to cover.  I know some still read People but when I do, it depresses me because I know almost nobody in the photos and also, the information can be woefully outdated, found somewhere else online.

In older days, magazines meant new discoveries and words of wisdom never seen before, or at least it seemed that way.  There was something so much fun about stuffing your beach bag, or your plane carry-on bag with a bunch of magazines for that stop and start type of reading they encourage.  Now with so much information and free content on the web, purchasing magazines does seem somewhat duplicative or at least not completely necessary to fill up your knowledge bank.

The magazine for me has now become more of an afterthought or a treat rather than a regular occurance.  I buy one or two when the feeling strikes, especially now since the places I used to enjoy them (hairdresser, dentist) no longer carry them during Covid.  As for cooking magazines, I gravitate towards Fine Cooking which I’ve mentioned before used to be one of my favorites for its clever recipes and excellent writing.  Almost without fail, every recipe I have tried from their issues has turned out and today’s recipe is no exception.

I decided to publish it because it is a great transitional recipe that celebrates a few flavors of Spring, while still having a foot in the cooler weather.  While Mother Nature seems to be waffling, this recipe may be something you’d like to try as an easy main dish as we enjoyed it, or as a side dish to accompany most anything.  The best part?  It’s virtually a one pot meal which makes it quick for a week night and easy on the clean up.

I gravitated toward this recipe because it used a shape of pasta I hadn’t used before called Acini de Pepe which translated means “seeds of pepper”.  It’s essentially a soup pasta that plumps up in its cooking liquid to be the shape of tiny little peppercorns.  The recipe cooks the pasta in a style that is a cross between a pilaf and a risotto.  I found the shape easily at a big supermarket that carries a lot of variety.

But the first step is to make a delicious Arugula-Pistachio pesto that will flavor the pasta. The combination of arugula and pistachios with some garlic and Parmigiano-Reggiano is fantastic and since I had some on hand, I threw in a handful of mint leaves as well.  I would make the pesto again on it’s own for any number of dishes.

To prepare the recipe, first saute an onion in some oil, then toast the tiny peppercorns of pasta in the oil/onion mixture.  Add broth and a little water and cook uncovered until most of the liquid is absorbed.  The only trick will depend on the thickness of your asparagus which you’ve cut into one inch pieces.  Ours was thick and the directions originally had you add the asparagus after the pasta was completely cooked but that didn’t allow it to get tender.  We actually liked it with a little crunch, but I’ve written the recipe so depending on the thickness of your asparagus (and whether or not you like it super soft or with a little bite), you add it while the pasta is cooking with more or less time left for the liquid be absorbed.  After the liquid is absorbed, you take the pot off the heat and add all of the luscious pesto, some lemon juice and zest and season to taste.  If the pasta is a little dry, you can add some more olive oil to loosen it up.  Garnish with extra cheese, lemon wedges and crushed red pepper flakes and enjoy immediately! 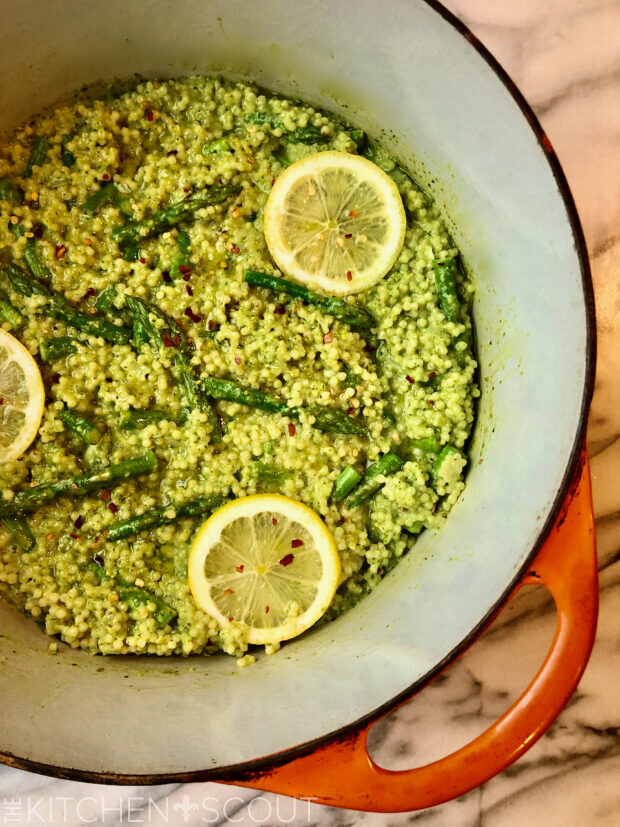 One Year Ago: Tomato Bulgur Soup 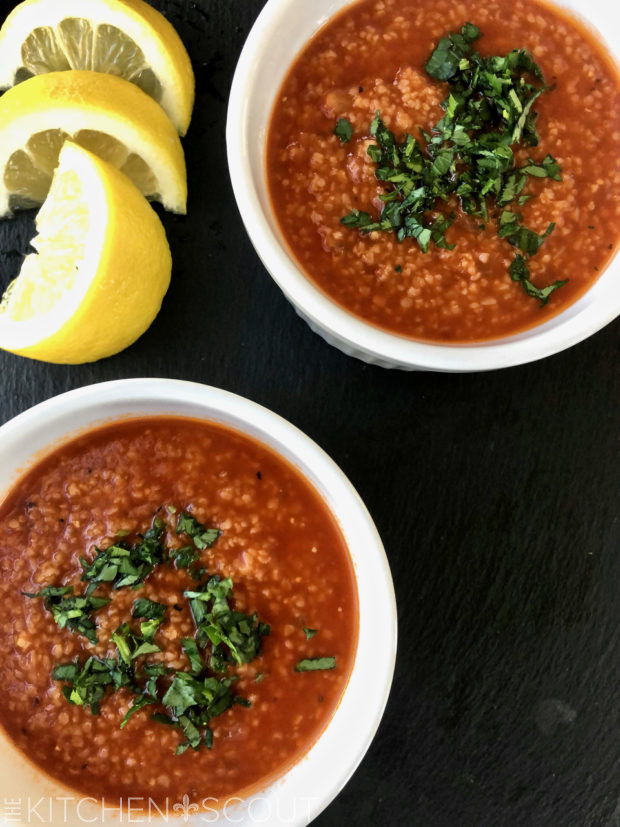 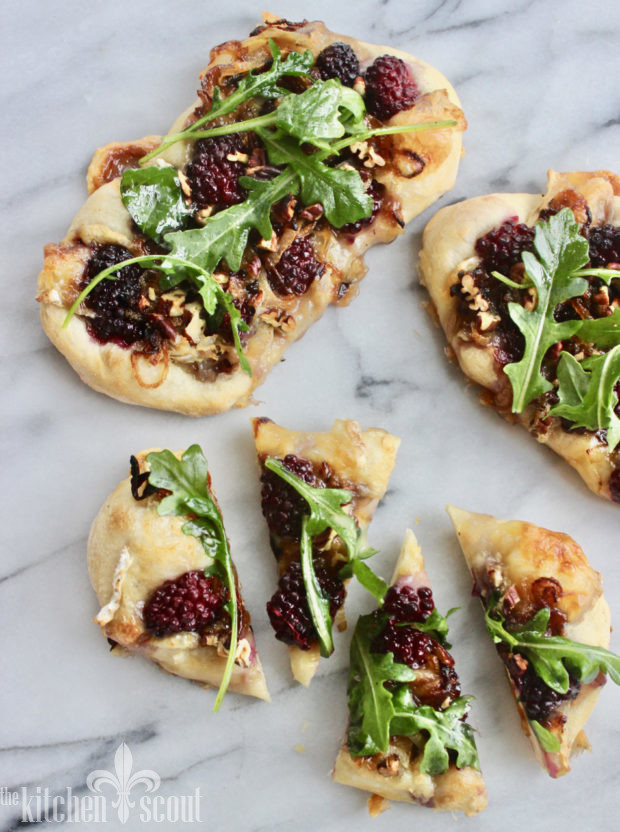 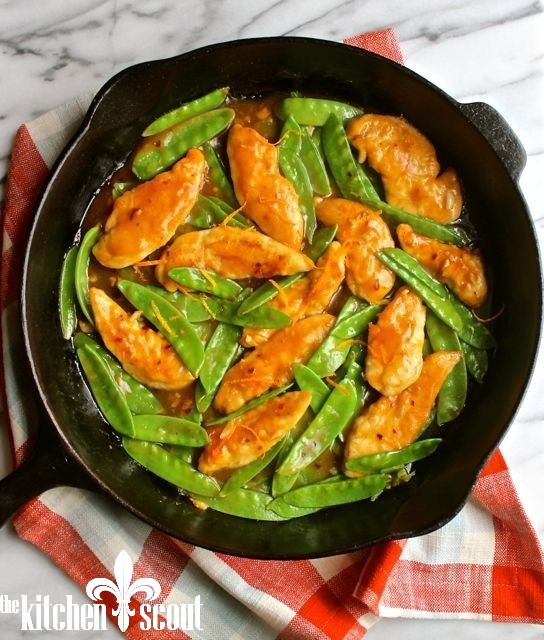 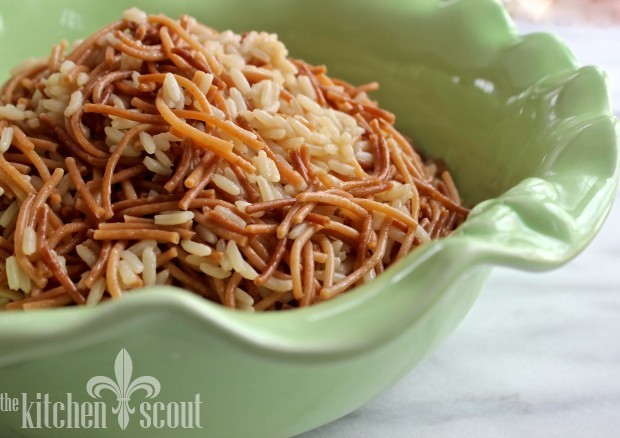 The tiny grains of acini de pepe pasta are prepared in a style that is a cross between a pilaf and a risotto. If you have thick-stalked asparagus, you may want to throw those into the pot a bit earlier and if they are really thin, they will need just 2 minutes to tenderize (they are actually nice crisp-tender which adds a little texture to the dish). For the pesto, I added a handful of mint leaves as there was some in my fridge and mint pairs nicely with the arugula and pistachios. It's completely optional and either way the pesto itself is delicious and can be used to flavor any number of dishes! Great for a meatless meal or as a side dish. I found the pasta shape at one of the larger supermarkets I frequent. If you can't, try pastina, or small stars as a substitue. You could also try orzo but you may need more liquid. Recipe is adapted ever so slightly from Fine Cooking Magazine.