After feeling a bit uninspired in the kitchen of late, I have been making every attempt to bring joy back to the simple act of preparing dinner once again.  What better way to do that than to dust off one of your cookbooks, read some recipes, gaze at a few pictures and make some selections to add to the week’s rotation.  While I really enjoy being spontaneous in the kitchen, I also like the calm that comes from being prepared, my ingredients in the pantry and ready to go for whatever I want to make.  By making some decisions early in the week, I find the question of, “what’s for dinner” to be less daunting.  Doesn’t everyone?

So, I have dug into Melissa Clark’s cookbook, Dinner, Changing the Game that came out in 2017 and made two recipes just this week, both with good results.  The first was a yummy fusilli pasta with roasted cauliflower, capers, pine nuts and Parmesan that my vegetarian daughter particularly enjoyed (we loved it too).  I may share that in the future.

We eat a fair amount of salmon and I am always looking for new ways to prepare it.  Melissa’s recipe for Vietnamese Caramel Salmon caught my eye, particularly because the recipe was accompanied by a beautiful photograph and looked simple, quick and delicious.

Now, I don’t normally cook my savory food with a lot of sugar, but this recipe is based on a classic Vietnamese preparation for bone in catfish that simmers in a peppery caramel sauce for about an hour until the fish practically falls apart.  This is not that recipe thankfully!  But Melissa attempted (and succeeded) in delivering a similar flavor profile using salmon fillets instead.

In a cast iron pan, a mixture of light brown sugar, fish sauce (I like Red Boat), soy sauce, fresh ginger, lime juice and zest, and black pepper are simmered until the sugar melts.  Seasoned salmon fillets are placed skin side up in the sauce and allowed to cook for about 5 minutes until they are half-way cooked.  Afterwards, the pan with the fish is placed under the broiler to finish cooking and crisp the skin for another 5 minutes.  And that is it!

A little garnish with scallions, cilantro and thinly sliced jalapeños and dinner is done.  Game changer?  Not sure but we really enjoyed it.  In fact, I had a leftover piece cold and I dare say I liked it just as much as when it was right out of the oven.

The dish is really balanced and it does not come across as sweet, but rather a beautiful blend of salty from the soy, sour from the lime juice, sweet from the sugar, some heat from the pepper and ginger and of course umami from the fish sauce.  If I ask you to do anything, it is to use a good quality fish sauce like the Red Boat brand I mentioned to make the dish worth your while.  It’s available in most supermarkets.

Melissa suggested serving it with rice, but I wanted to try this recipe for Garlic Chili Oil Noodles that were delicious, although a similar flavor profile so rice is better for absorbing some of the delicious sauce.  And I sautéed some zucchini for a little green.

Here are some shots – apologies for the poor night time lighting! 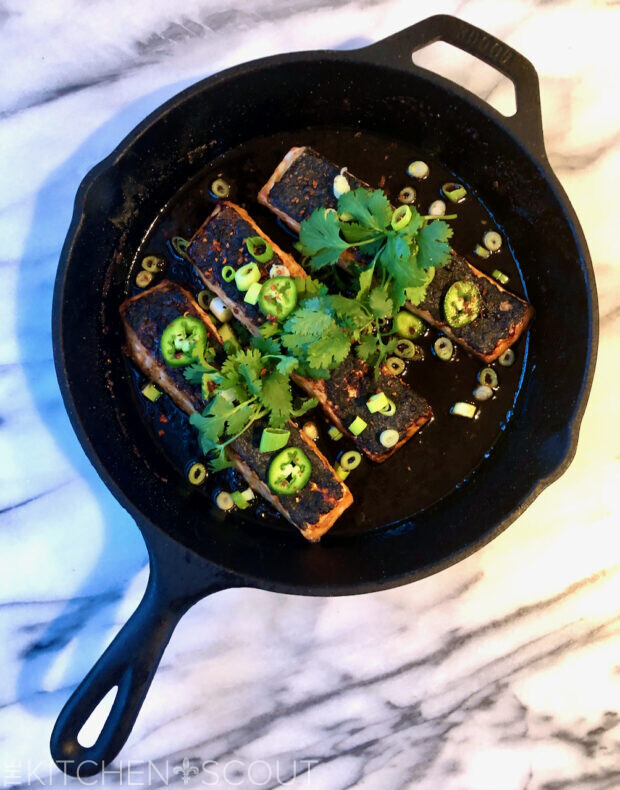 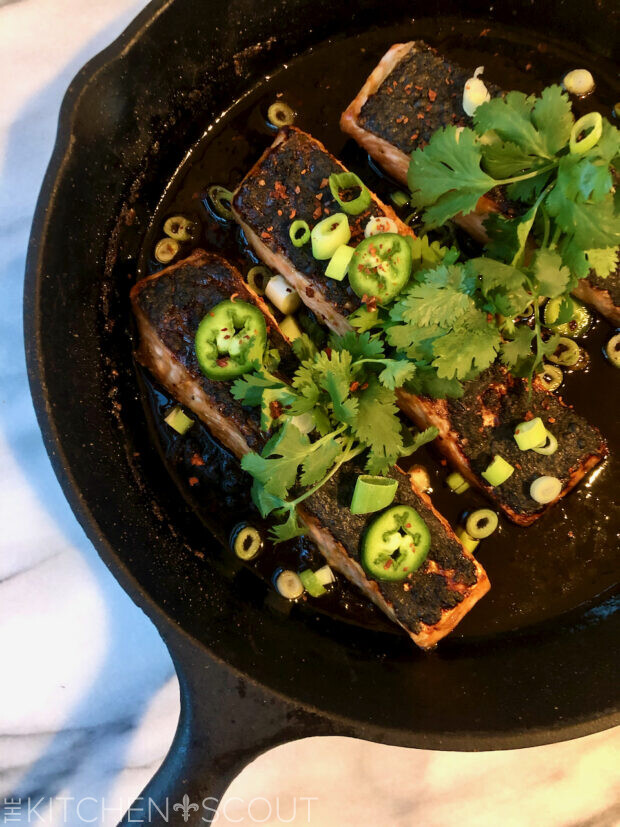 What do you think?  Will you give Vietnamese Caramel Salmon a try?  Would you like me to post the caulfilower pasta recipe sometime soon?  The next recipe I am going to try from Dinner is Spicy Thai Fried Rice with Sausage and Greens.  Yum!

A restaurant review is coming next week! 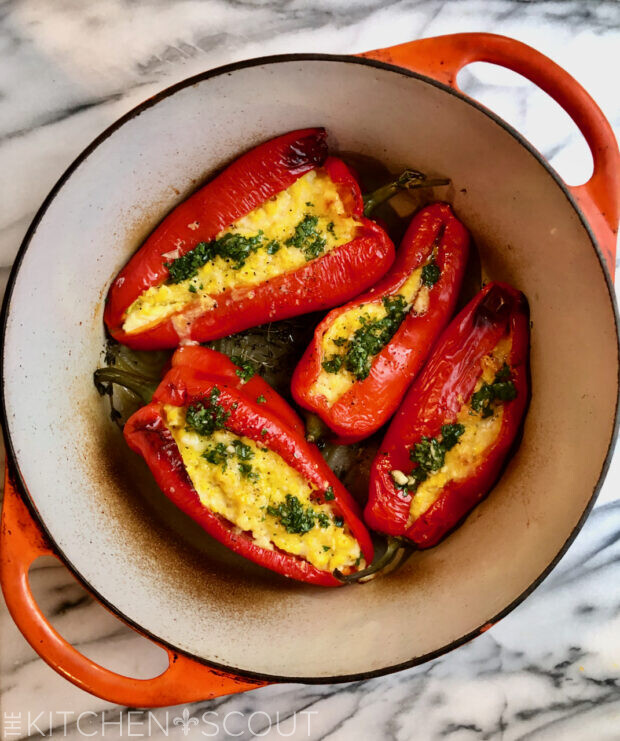 Two Years Ago:  Review of Ilili in New York City 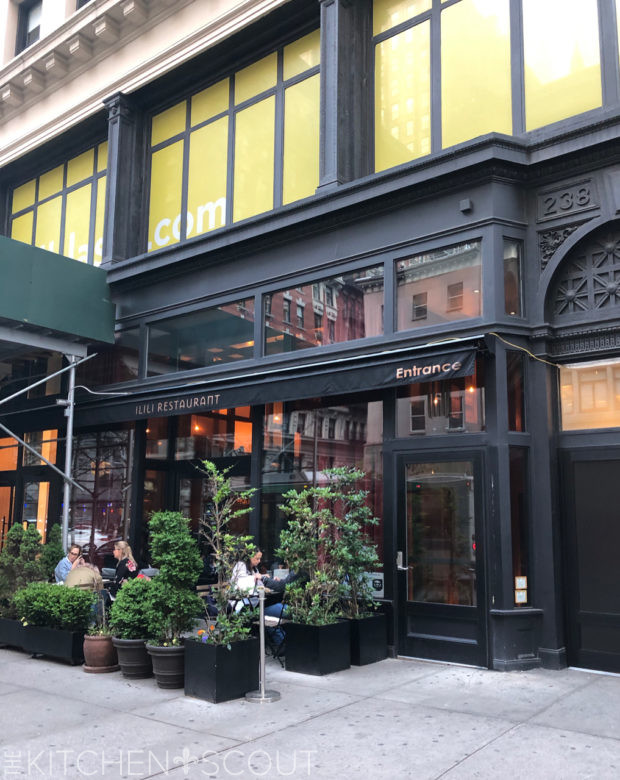 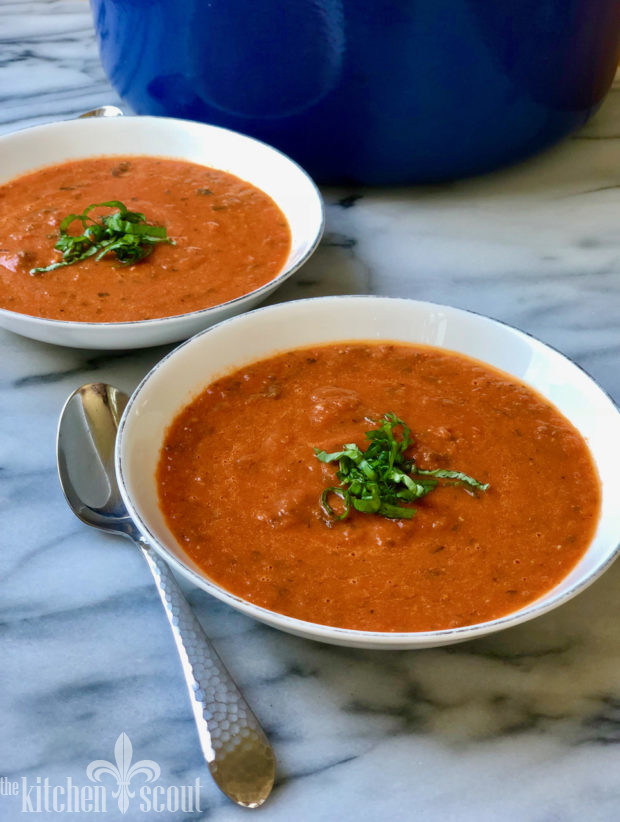 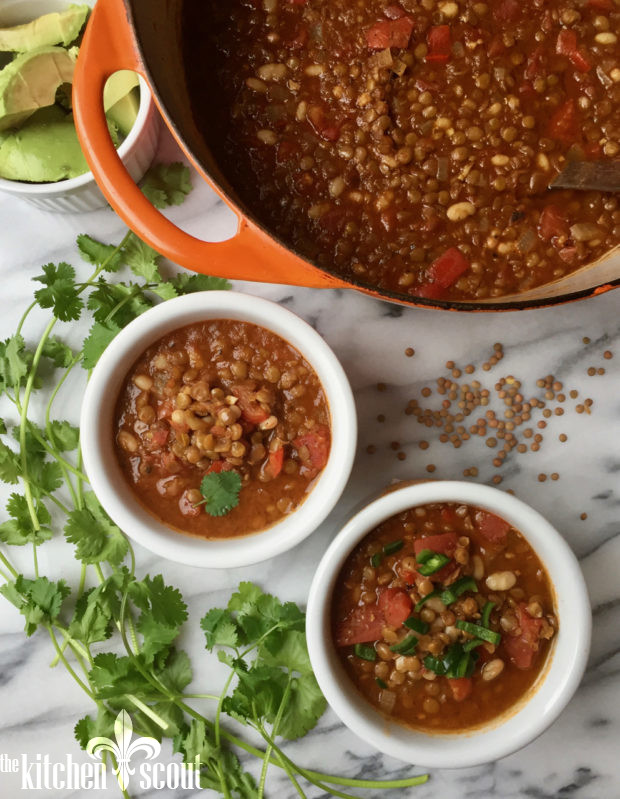 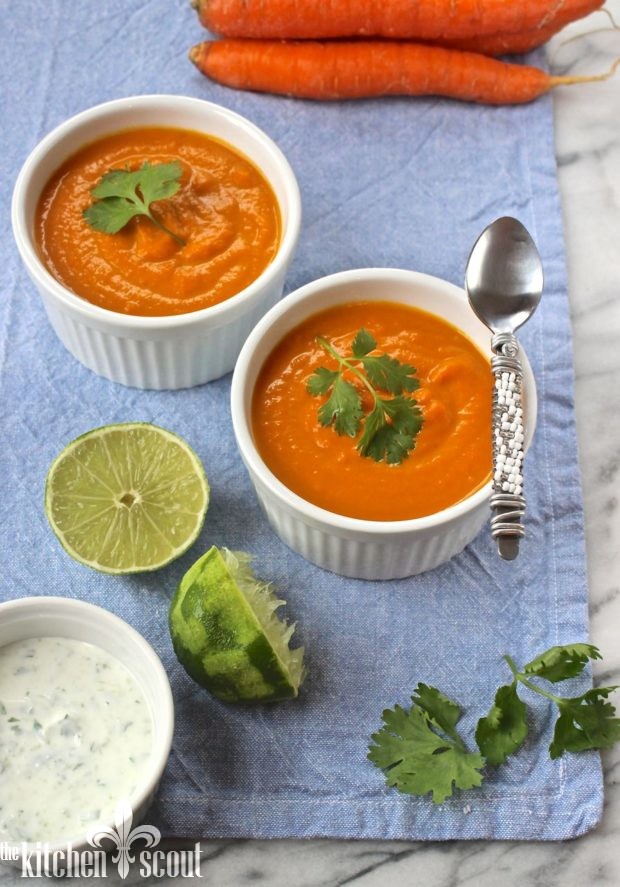 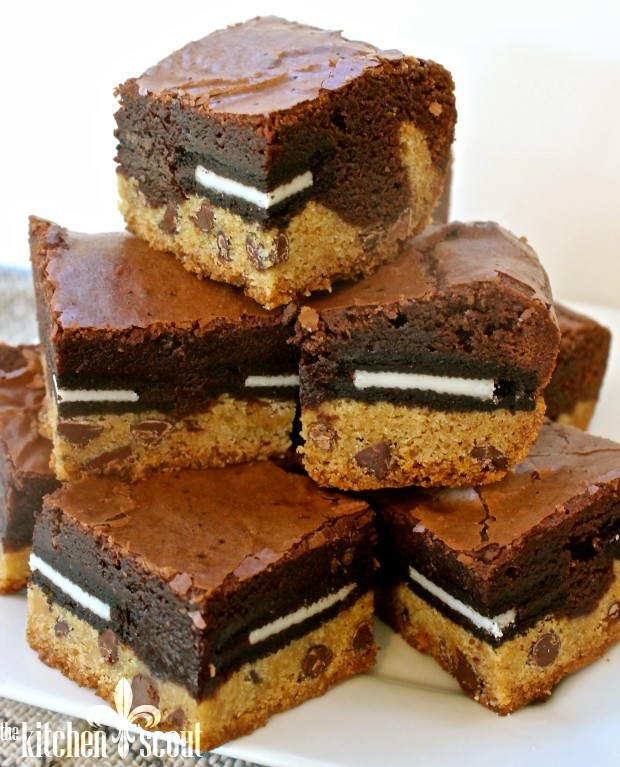 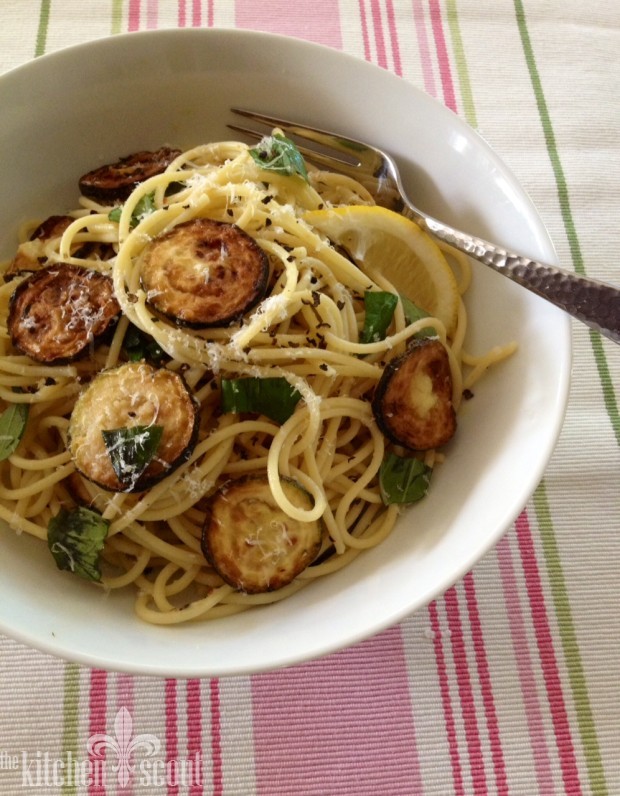 This recipe is from Dinner, Changing the Game by Melissa Clark. A quick and easy way to prepare salmon that is based on a traditional Vietnamese recipe. The resulting sauce is a combination of sweet, salty, sour and slightly heated with lots of umami from the fish sauce. Can be served hot, at room temperature or even enjoyed cold. I used a 10-inch cast iron pan for three fillets and that worked just fine.