Happy Halloween and my sincerest apologies if you were hoping for a “sweet” post!

No, we are making Lamb Ragu today, a dish for your ghosts and goblins if they manage to sneak in dinner before, during or after their sugar fest!

I have always enjoyed learning, my teachers being some of the most influential people in my life. I can still picture Mrs. Reilly in her turtlenecks and navy heels, teaching fourth grade math and inspiring my love for the subject.  I studied piano with Mr. Willis who patiently tolerated my stubborn nature as I fingered the music as I, rather than the composer, saw fit.  Mr. Gagel opened my eyes to the stage and cast me in my first musical, and Ms. Hession brought theater to our 11th grade English class as she used her flair for the dramatic and challenged us to ponder “appearance versus reality” in literature.

Later in college, Professors Whiteside and Vanderwolk instructed my history and french classes, Mr. Whiteside also serving as my advisor and surrogate father on campus (I knit him a sweater!), and Mr. Vanderwolk motivating me to study abroad.

But Mrs. Russell may have taught me the biggest lesson of all. She gave me a big, fat D, my first ever, during my senior year of high school.  I had been admitted to college and decided (knowingly? unknowingly?) to loosen up my standards on a paper. She certainly got my attention and made her point! I remember that day like it was yesterday.

All so different and yet each of these teachers was similarly impactful because they loved what they taught and wanted to inspire others to love it too.

The good news is that we are constantly learning, swapping roles as student and teacher throughout our lives. I believe there is a teacher in every one of us. We all have something special to share, be it a positive attitude, an approach to living or a trained skill such as finance, yoga or dare I say, cooking!

I enjoy teaching when given the opportunity and have done a little bit of it over the years with small groups of women and last year working with a local company, Arts2You, owned by my friend Alicia that pairs professional artists with students for home based instruction. Check them out if you have a budding painter, fashion designer or chef!

I have also taught some kids in my home, including the big kid in the picture below… 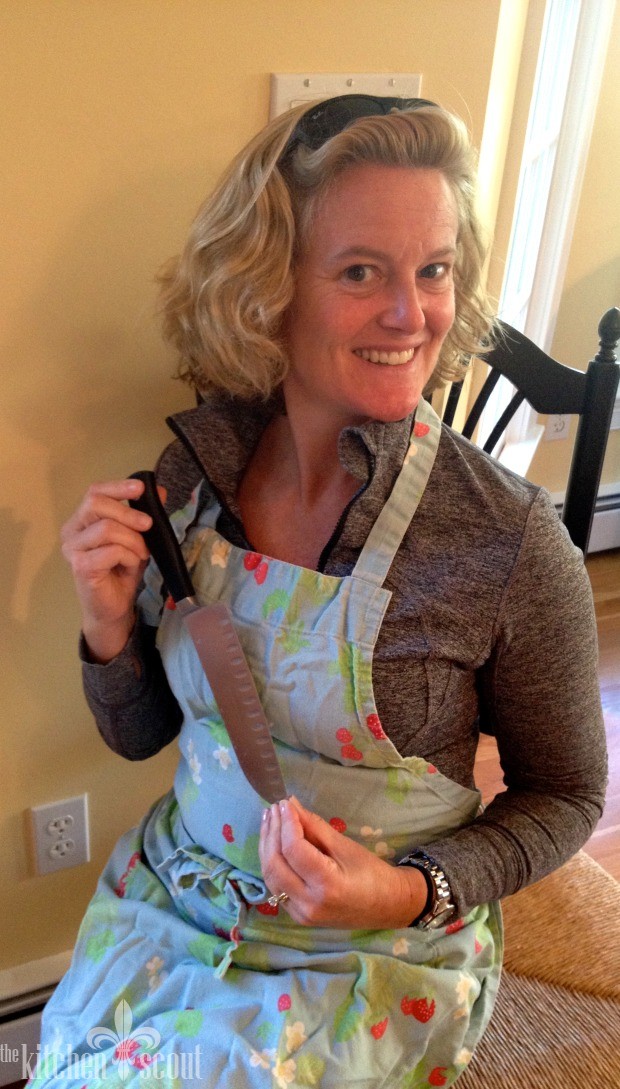 Sharp as a tack, hysterically funny and a great friend, Sue is also a professional spinning instructor and mom to two teenagers.  When she mentioned awhile back that she wanted to learn some new dishes to share with her family, I invited her over to test out some recipes for Lamb Ragu that had been waiting to be rescued from my “to-try” folder, both of which would be perfect for a family meal.  There was some instruction involved, but mostly we had a ball testing the recipes.  It’s hard not to have fun with Sue around.

I invited Sue back to the kitchen to have some fun for the blog. She was awesome to work with, prepared the recipe herself and helped me style and photograph along the way.

Sue actually sells herself short in the kitchen which I think a lot of people do.  She has been cooking since she was young, mostly pancakes and french toast on the weekends (when she wasn’t sneaking downstairs to eat a pre-breakfast bowl of chocolate sauce in front of Leave it to Beaver). And despite referring to one of my idols as “that Ina Garten lady”, she did remember her knife skills from our previous class quite well… 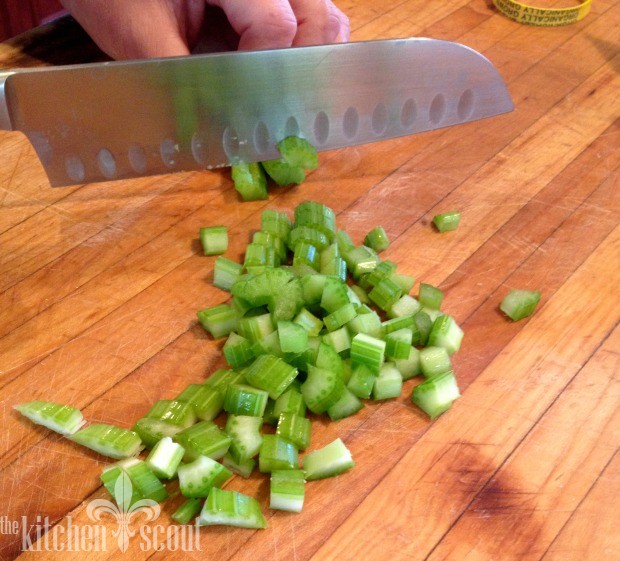 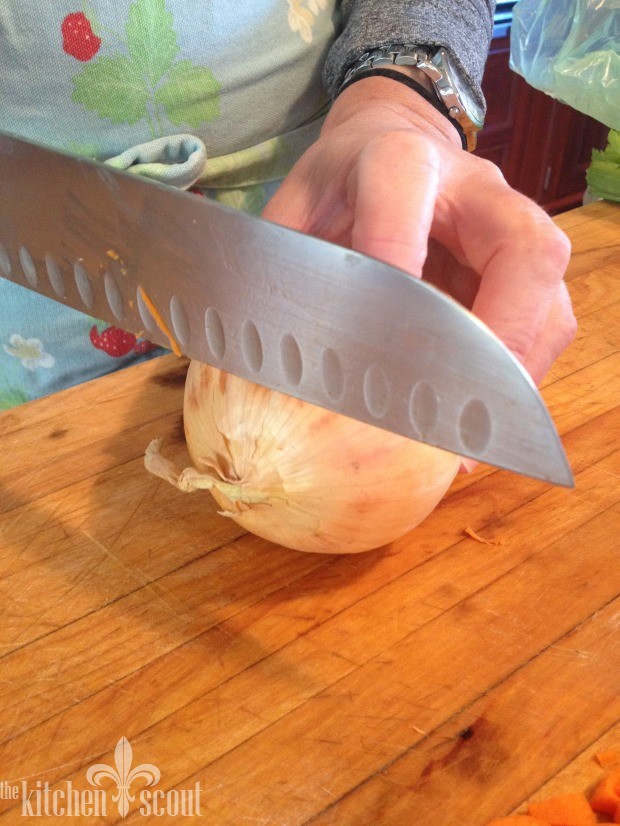 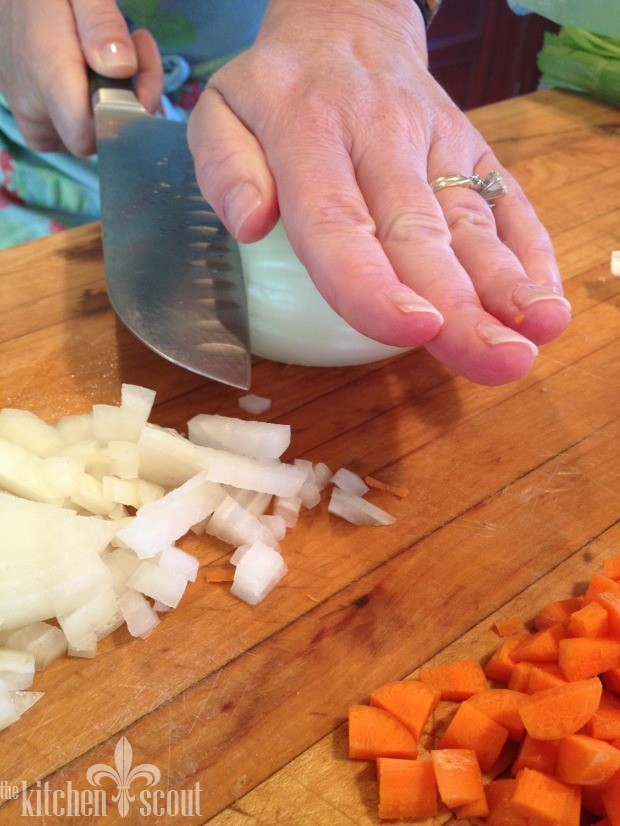 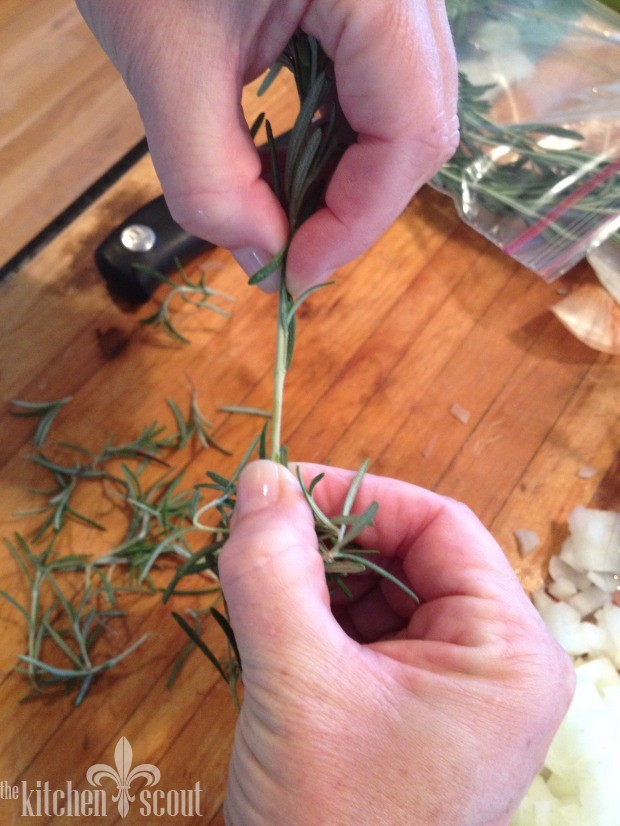 The Lamb Ragu recipe we made was from Food & Wine, contributed by Chef Andrew Carmellini (The Dutch, Locanda Verde, Bar Primi, Lafayette and the soon to open Little Park in New York City).  I have since discovered Carmellini’s book, Urban Italian which has a slightly different version of the ragu and other recipes which I am now eager to try.

Mis en place – ingredients ready to go.  If you haven’t discovered tomato paste in a tube, it’s the best… 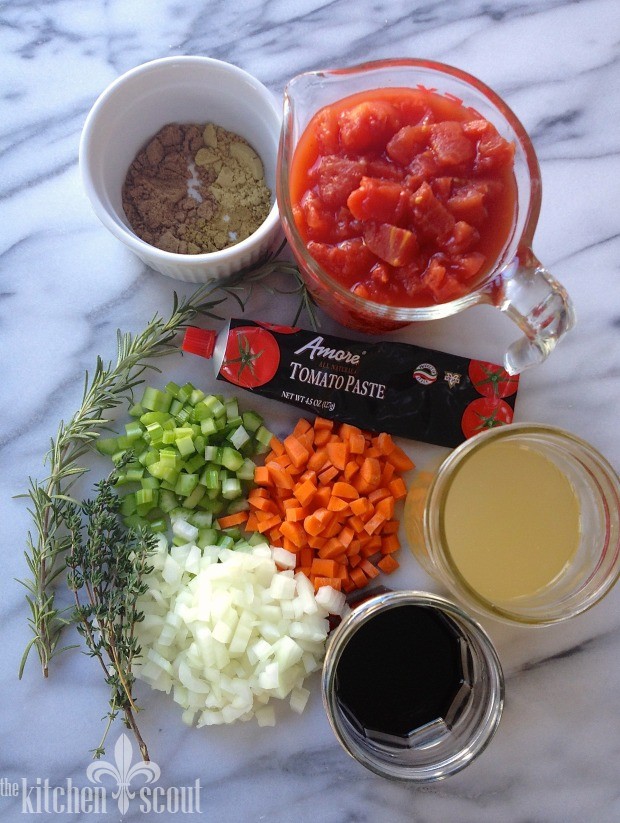 The aromatics are sauteed in olive oil until soft. Ground lamb, herbs and warm spices such as coriander, cumin and fennel are added.  Italy meets North Africa?  The lamb is cooked until browned… 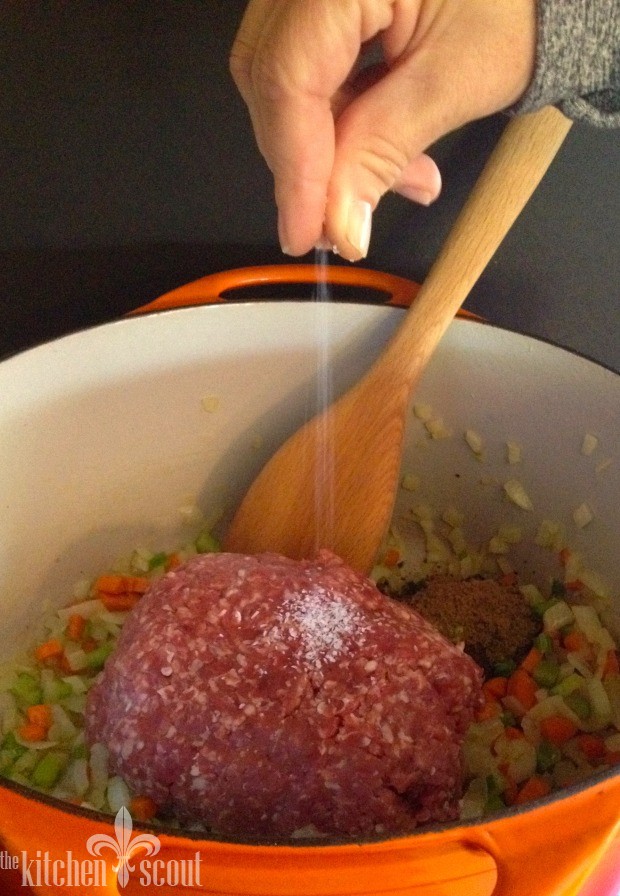 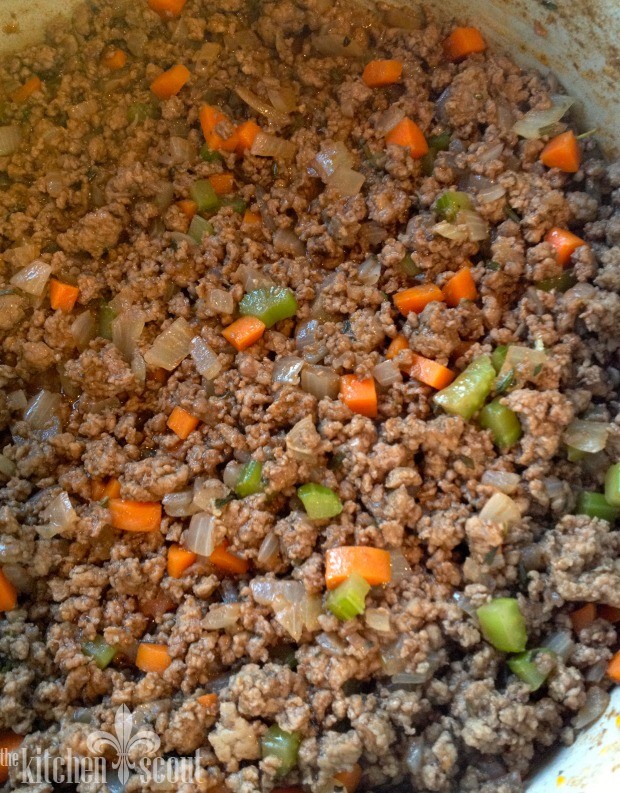 Deglaze the pan with red wine, add tomato paste, tomatoes and some chicken stock and simmer for about 30 minutes. If serving immediately, boil your pasta and add directly to the pot with the sauce after draining well.  As with all sauces, this is even better when it’s prepared a day in advance so the flavors have time to develop. Carmellini serves his with Pappardelle, but we made ours with Fettuccine. 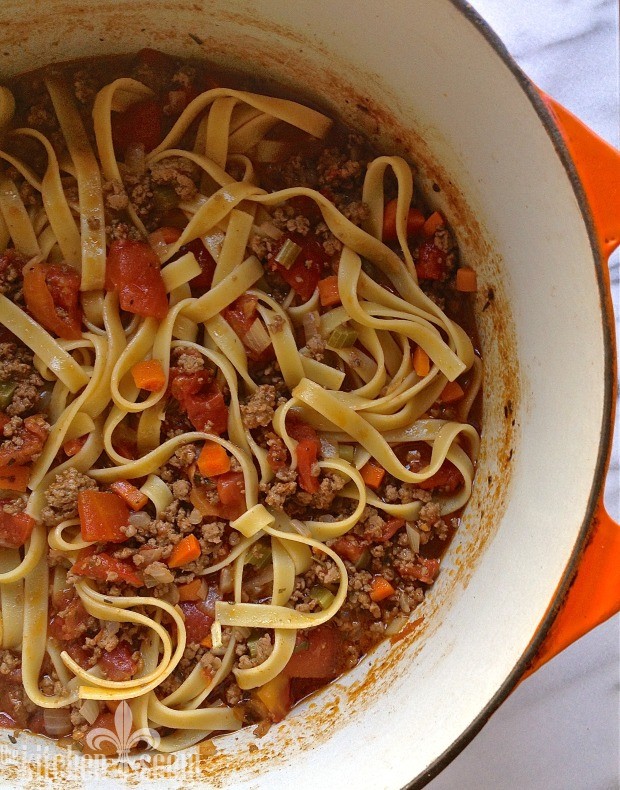 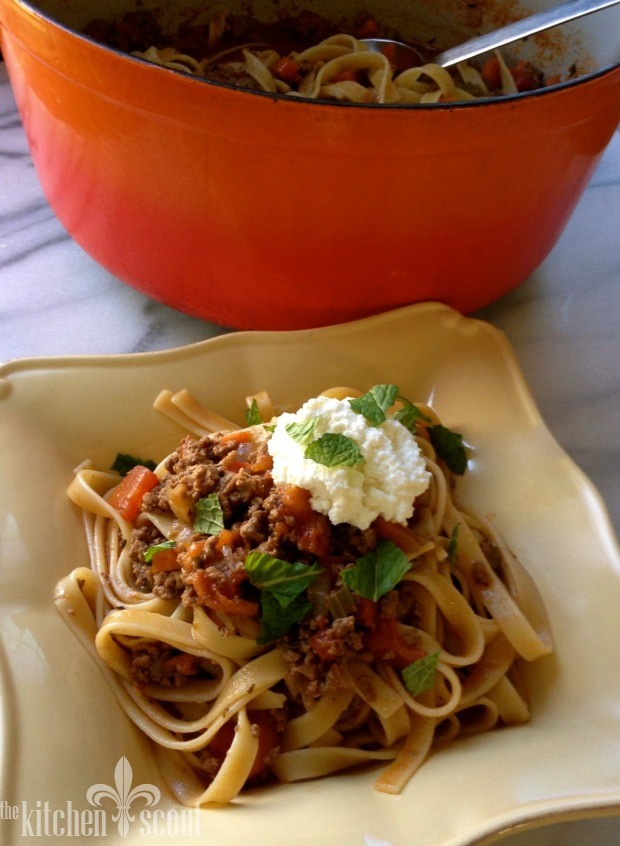 I think my student deserves an A!

This Fettuccine with Lamb Ragu will definitely make for a Happy Halloween!

This is a quick Ragu that can be made in about an hour. I think it tastes even better after sitting for a day for the flavors to develop.