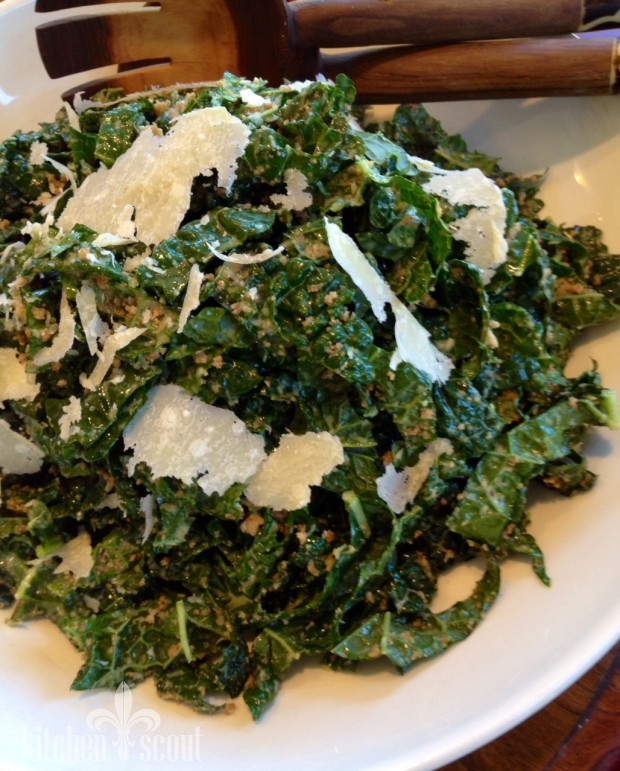 I read a short article in More Magazine titled “When did Kale Get a Publicist?” by Linda Yellin.  It is laugh out loud funny – please take a second to read it.  As for many, Kale has caught my attention over the past couple of years but my repetoire has been limited to Kale Chips, a family favorite (thank you to my friend, Marte, for the recipe!).  We eat a lot of greens, but they tend to be in the form of Spinach or Swiss Chard. That is going to change now that I’ve been introduced to Kale Caesar Salad.

Kale Caesar Salad is nothing new – it has been around for some time, but I had never made it and wanted to give it a try.  Where to start?  Google.  I compared and contrasted a few recipes that used different varieties of Kale and dressings with different proportions of traditional Caesar ingredients such as garlic, anchovy, lemon juice and olive oil.  I found some recipes that used toasted breadcrumbs instead of croutons which sounded really appealing.

I experimented making the salad with two different Kales.  One salad was made with Lacinato or Dinosaur Kale which is a very dark, flat leafed Kale that cuts beautifully into little ribbons.  The other was made with a Green Kale that was more curly by nature, but also shredded very nicely.

For the breadcrumbs, I chose to use whole wheat panko because I thought the panko would give a nice texture to the salad.

For the dressing, I relied on a Caesar dressing I have used for years from The Fig’s Table, a cookbook written by Todd English and Sally Sampson.  Over the years, I have tried a lot of different recipes for Caesar dressing and I always come back to this one which is the most pleasing to my palate (and does not use mayonnaise).

My friend and co-Scout, Dale came over to taste test with me.  Although the Green Kale had a more vibrant color, it lacked in flavor when compared to the Lacinato Kale.  We also preferred the olive oil based dressing because it stood up better to the earthiness of the Kale.  (Note – I prefer using canola oil with the traditional romaine as the dressing doesn’t overpower the greens).  One of the greatest things about this Kale salad is that it held up for 24 hours plus in the fridge – no salad “fatigue” as my friend Bredt says!

I will definitely be making this recipe a lot going forward.  Although I hear there is a new “It” vegetable in town – Cauliflower.

Here’s my recipe with nods to Everyday Maven, Dr. Weil, Michael Symon and Todd English for their inspiration.  Please let me know what you think in the comments! 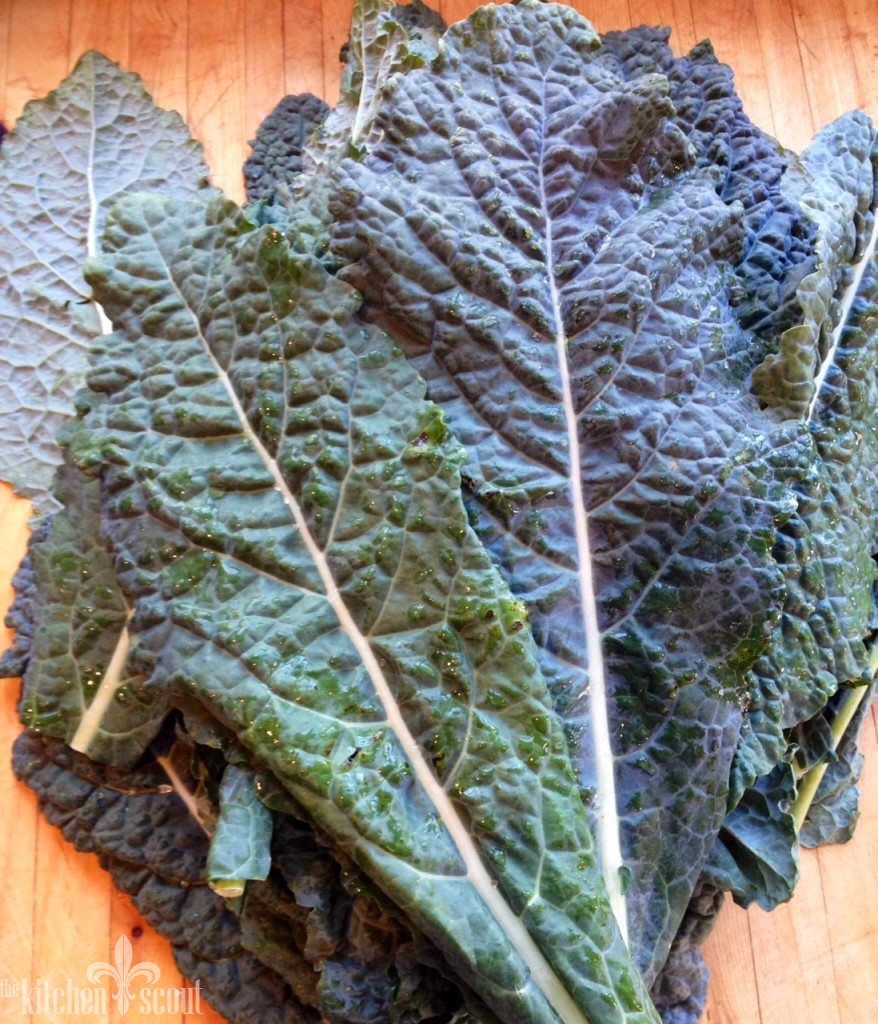 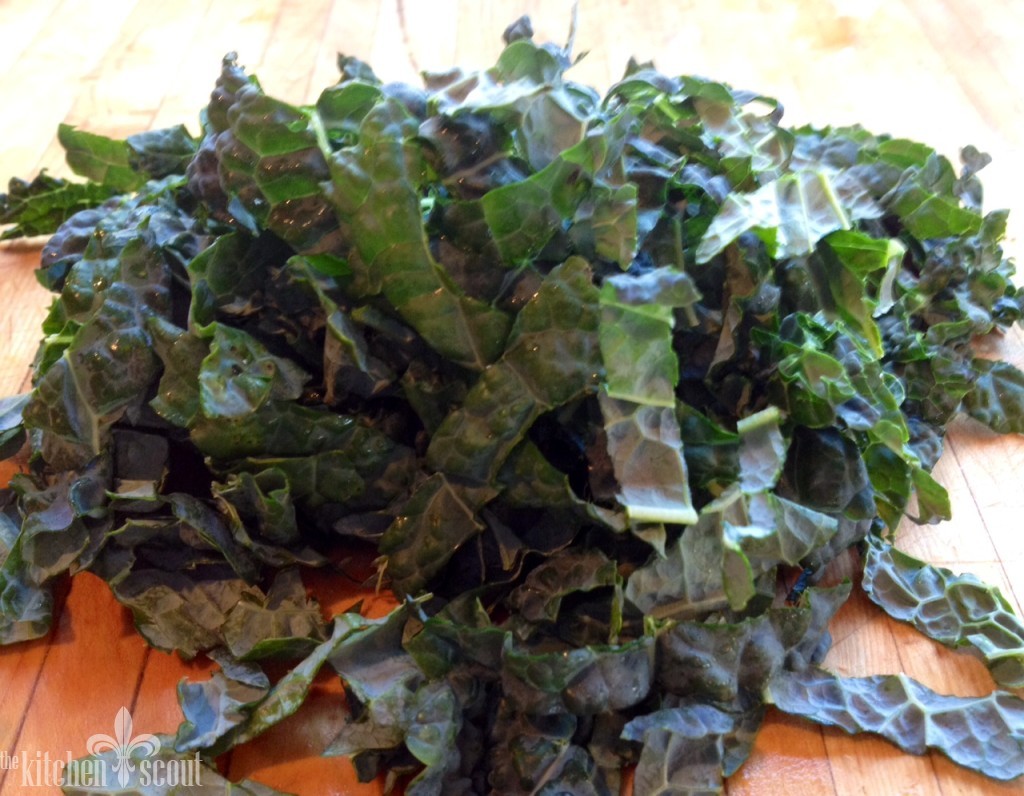 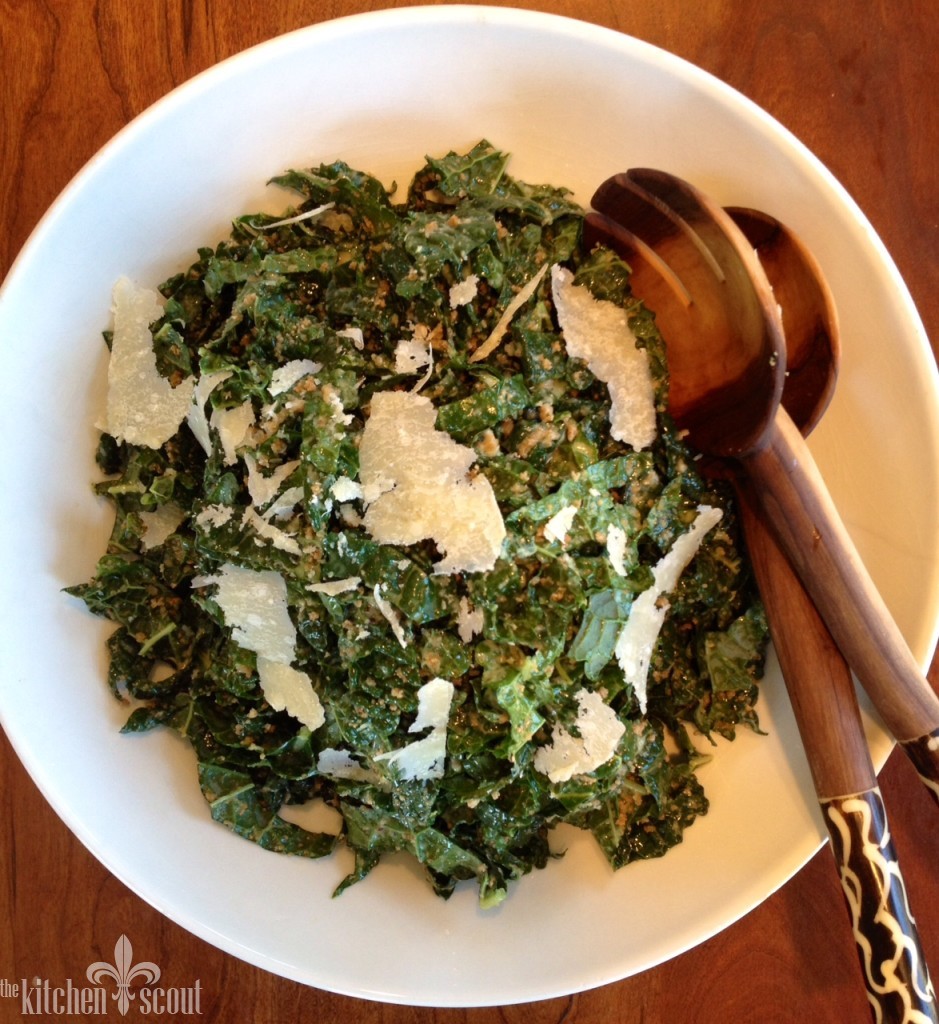