These Salted Chocolate Caramel Brownies are really something and a small departure from the relatively healthy recipes I have shared so far.  And they are not made from scratch. Sorry. If a box mix is against your culinary principles, then you might not want to read on!!! But you’ll be missing out on something really delish!

These brownies are based on the Pioneer Woman’s recipe for Knock You Naked Brownies and an old school recipe for Caramel Chocolate Layer Squares, a recipe that has been sitting patiently in my “dessert” folder for way too long, often looked at and never made (probably because there wasn’t a yummy picture included).

The brownies needed renaming, in part because I’ve tweaked the recipe a bit, but also because the word Naked is not going to headline a recipe on The Kitchen Scout!  Some of my daughters’ friends are reading after all!  You can absolutely call them “Knock You Naked Brownies” if you want because who wouldn’t want to try them after hearing that name?

So, what’s with the stress?

Two words – college process!  Last weekend, we spent 48 hours seeing 3 schools with our younger daughter and honestly, I can’t remember which one had the darn panini press and which one had the pho noodle bar on Tuesdays.  It’s stressful keeping these vital pieces of relevant information straight!

It did dawn on me that the college process is a lot like house hunting.  Similar questions are contemplated.  For example,

*Where do I see myself, in a city with access to culture and shopping or in a more rural setting so I can have the great outdoors at my doorstep?

*What are the dining options here and what if I feel like eating out? Is there anything good around here? Is there a Starbucks in town or nearby?

*How can I get involved here? Is there a place in town that I can volunteer?

*Can I afford this place?

I will admit that on balance the college process is a “good” stress, but while some people say “it’s so much fun” to go through it with their children, I am here to tell you that I am not one of them!!! According to most schools, I am not even supposed to be that involved because as they say to parents, “it’s not about YOU”.  Well, if one of them would like to send a magic fairy to make sure my daughter meets all her deadlines, the door will be wide open, thank you.

And then the dog decides there is a piece of cake with her name on it which leads to a couple of days back and forth to the animal hospital.  She is still recovering poor thing. So is her mama (me!).

So let’s eat some Salted Chocolate Caramel Brownies and de-stress.  Just keep them away from your doggies. 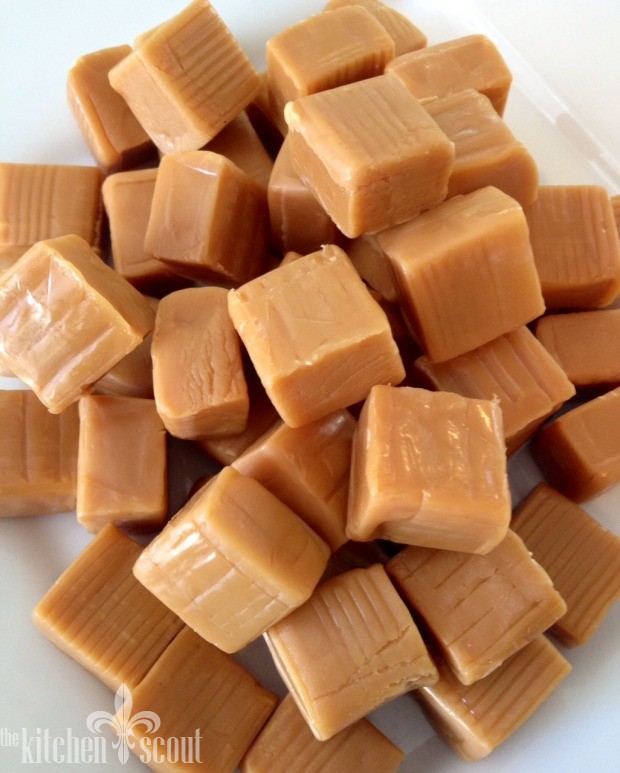 They are exactly what you think they are.  No apologies! 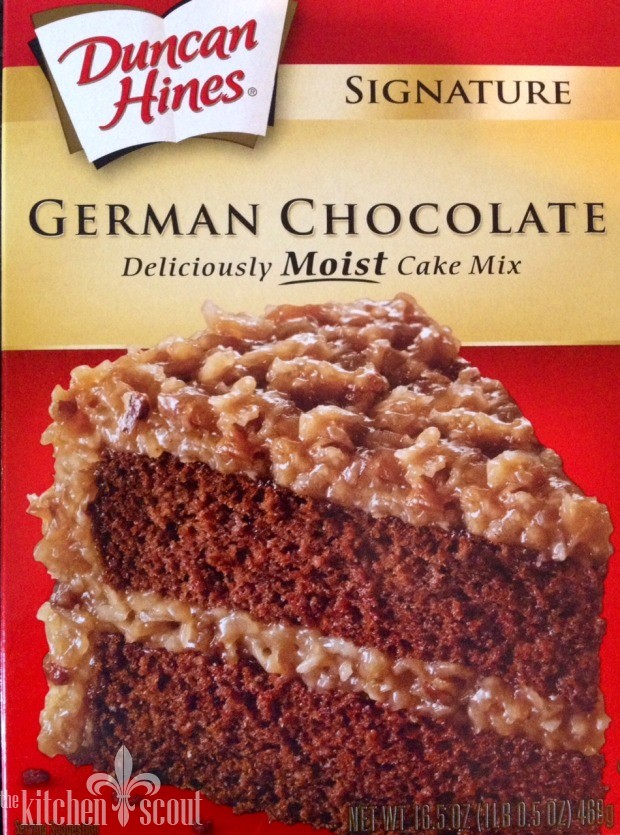 Isn’t it funny how they underline and put in bold the word “moist”?  Do they think we expect it to be dry? My mom made all of her cakes from scratch, except one called Pistachio Pudding Cake that I loved and which required a box mix. She always chose Duncan Hines so I do too… 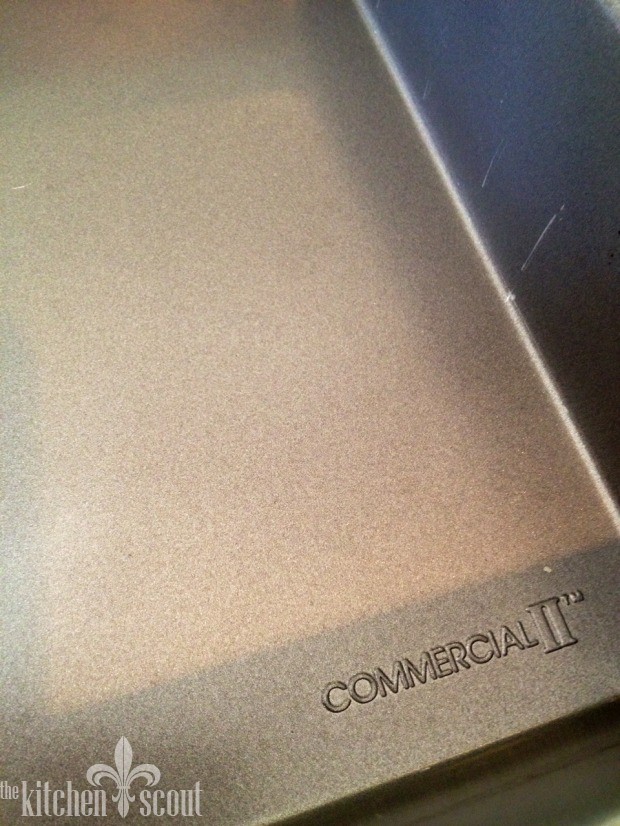 This is my absolute favorite baking pan.  It’s a 9 by 9, non-stick that I think super glue wouldn’t stick to!  I found mine at a Home Goods, but you can get yours here… 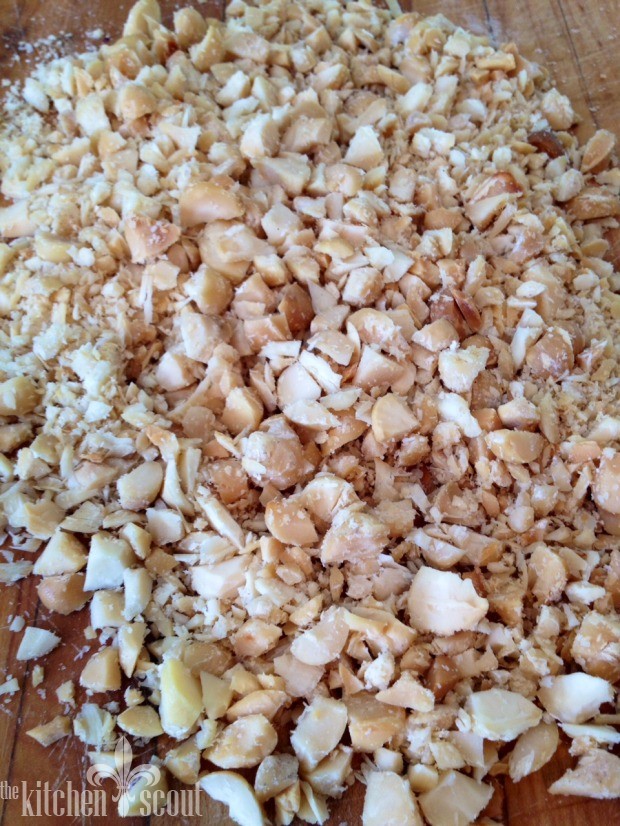 The original recipe calls for chopped pecans which are much prettier to photograph, but I had an extraordinary amount of salted macadmia nuts in my freezer for some reason and they are so delicious that I thought they would make a good substitute… 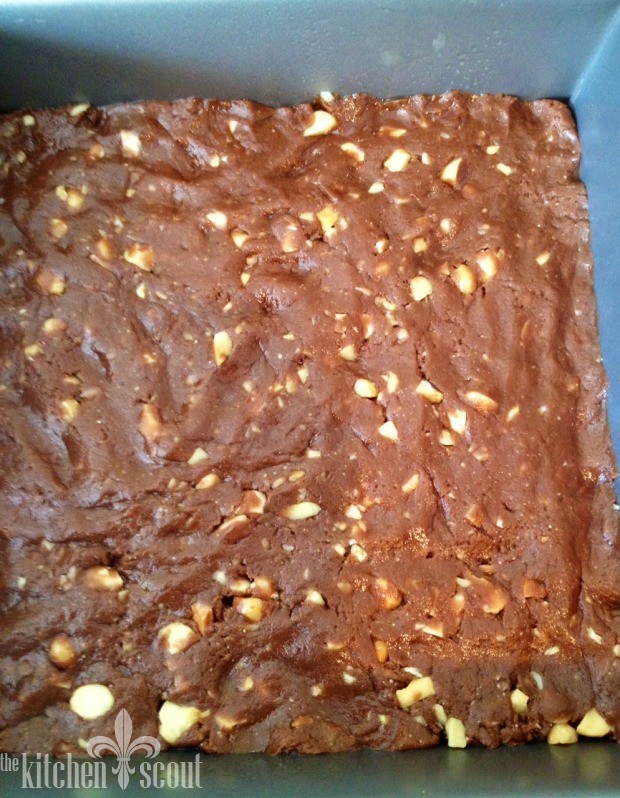 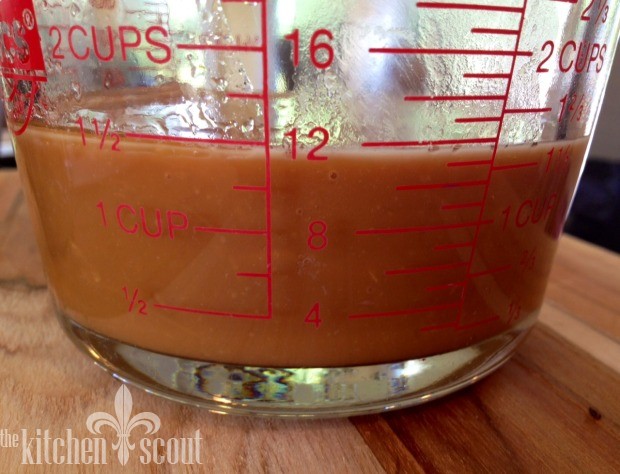 The combination of caramels and 1/3 cup evaporated milk yields about 1 1/3 – 1 1/2 cups liquid caramel to pour over the baked brownie layer.  You could substitute a similar amount of ready made caramel sauce or even dulce de leche caramel to avoid the step of unwrapping the caramels. They would both be available in the baking aisle.  The sauce is generally in a jar and the basic dulce de leche caramel is in a can.  Read more about Dulce de Leche here… 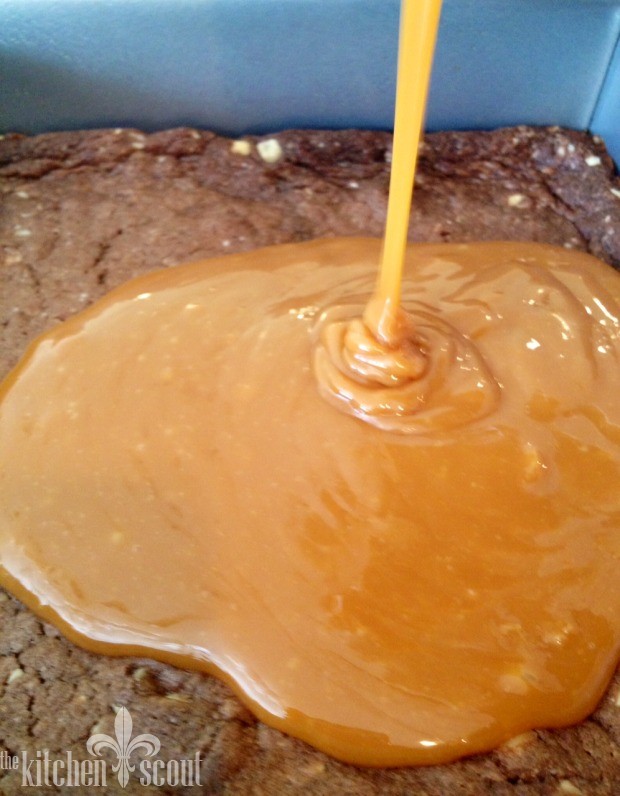 Either way, pour it on thick… 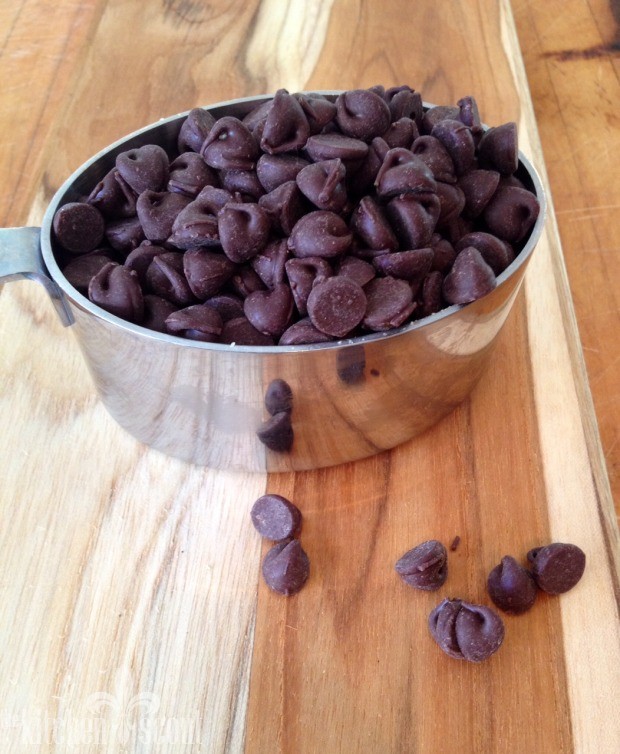 and top with the semi-sweet chocolate chips… 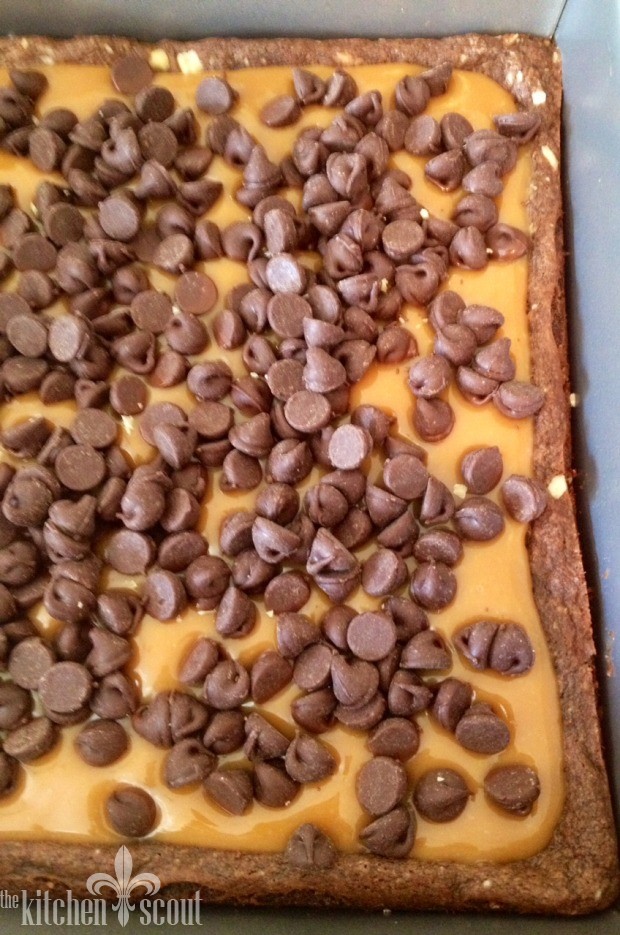 so it looks like this.  Now is the time to sprinkle on some sea salt to balance out all the sweetness… 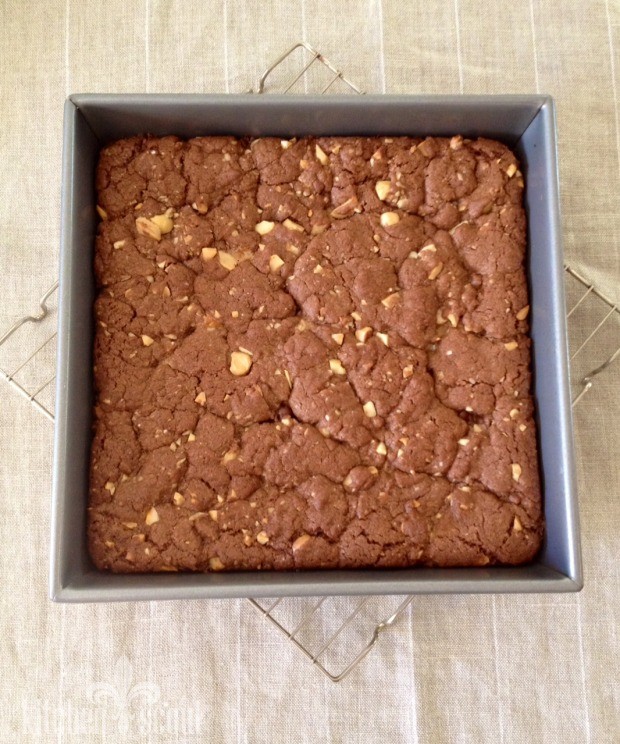 Bake until set, cool completely and then chill them in the fridge for about 2 hours… 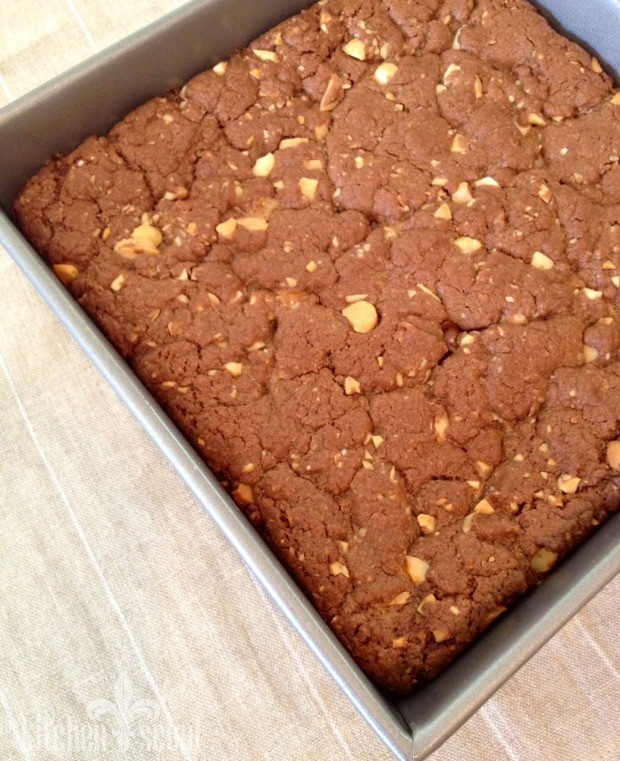 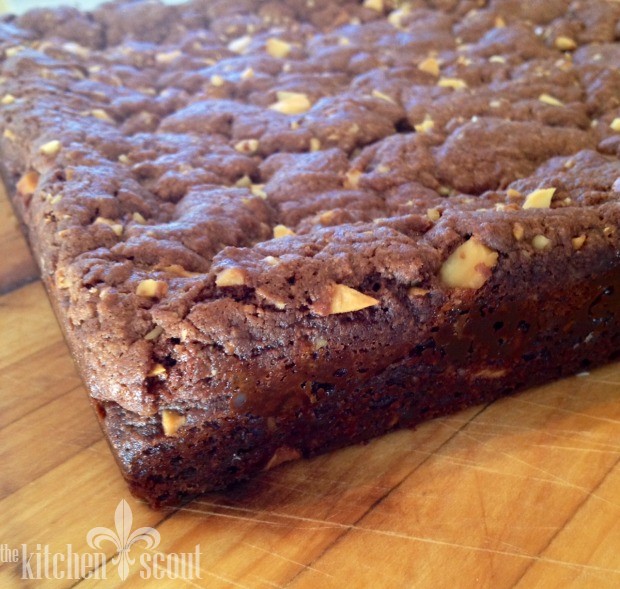 Look at how it came out of the pan!  I just LOVE that pan… 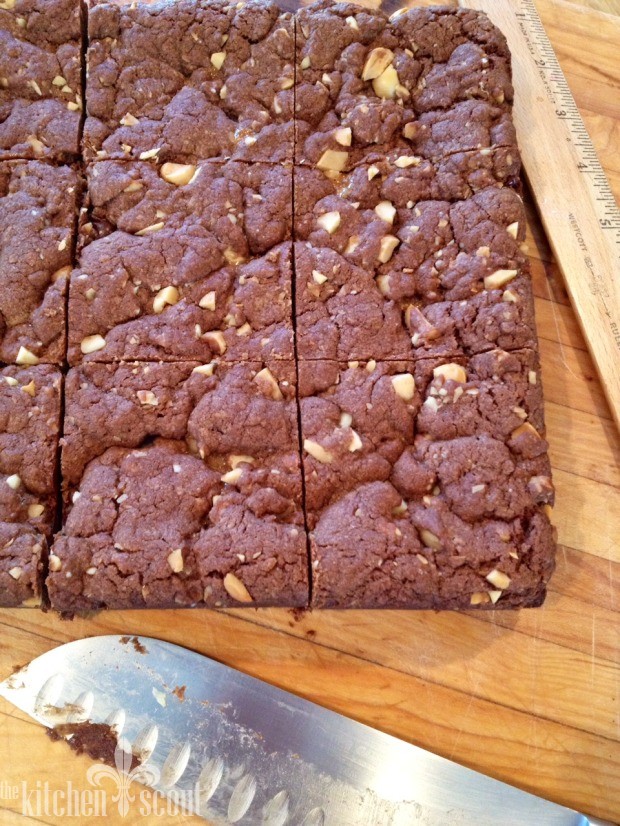 Cut into big or small squares.  I use a ruler when cutting bars to make sure they are as even as possible. I’ve cut mine into large pieces for the drama of it all, but you can easily get 36 small pieces out of this recipe. First, cut them into 9 large squares as shown, then cut each large square into 4 small squares.  It is so much easier than trying to make 6 even cuts… 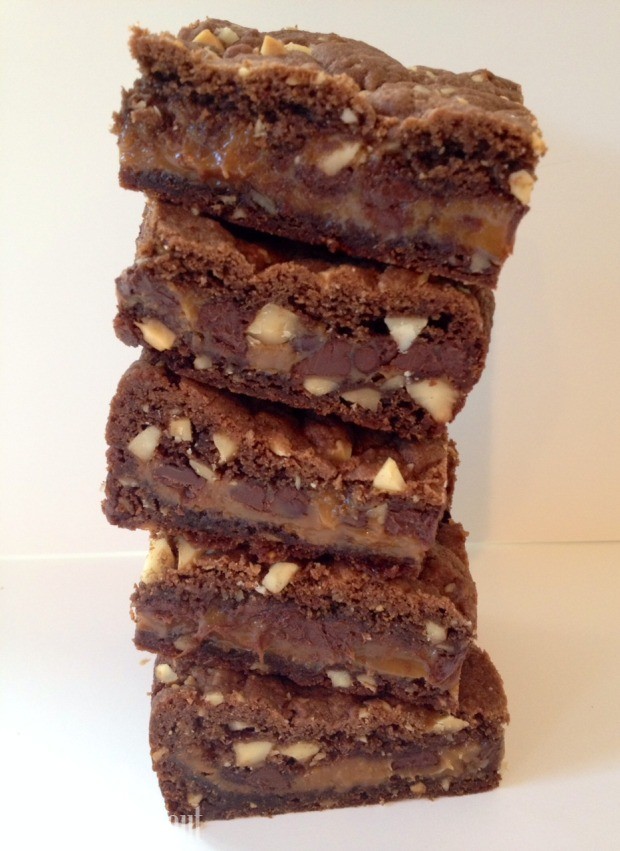 Just try to resist them… 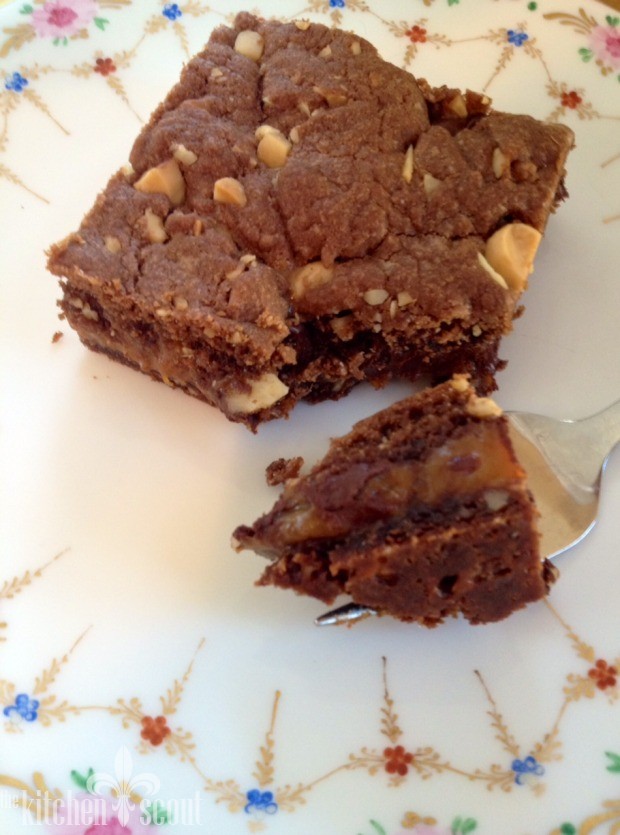 See that layer of caramel? 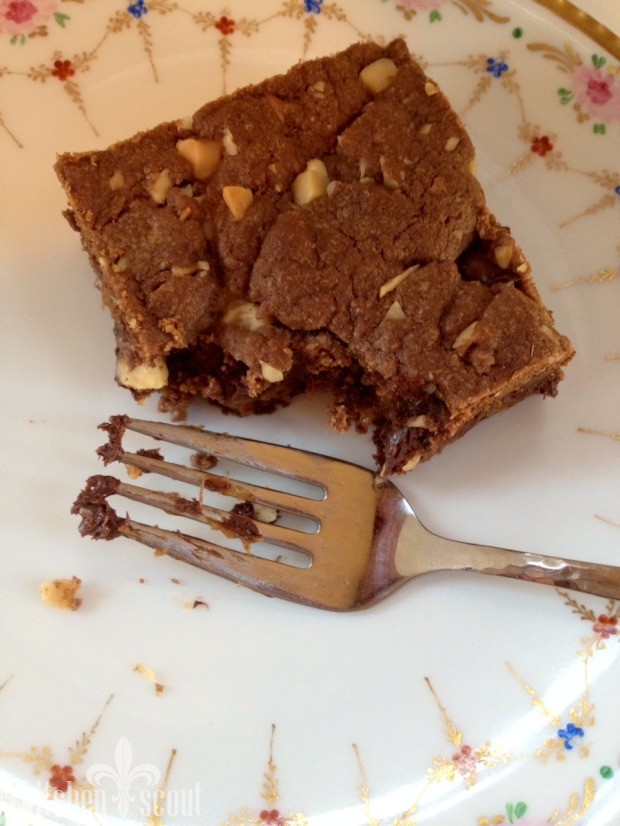 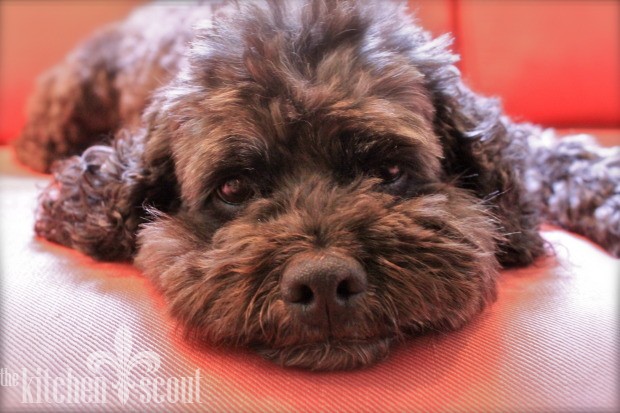