Thanks to everyone who commented on the Mexican Street Corn Salad post last week and to those of you who made the recipe!  I love hearing from you!

Looking ahead to next week, I am keeping my fingers crossed that the redesign of my website will be ready for its debut. Lorell and I have been working on it for many months so we are really excited that it is almost finished.  The look of the site has changed a little bit and we made some improvements to its functionality as well.  Stay tuned!

It’s Cinco de Mayo tomorrow, one of my favorite food holidays I must admit because I adore Mexican food.  And what goes better with some spicy food than a delicious cocktail, right? Last year, I published a recipe for Skinny Margaritas that are light and refreshing, void of excess sugar but still big on flavor…

This year, I wanted to share another tequila-based cocktail that I happen to love called the Paloma. If you don’t like tequila, keep reading because you can definitely swap out vodka in the recipe if you prefer.  I do like tequila, love grapefruit juice and am partial to the color pink so this drink is not only tasty for me, but also pretty to look at as well.

Paloma is Spanish for dove and this cocktail was reportedly invented by Don Javier Delgado Corona who was the owner and bartender of La Capilla in Tequila, Mexico.  Traditionally, a Paloma is made with freshly squeezed grapefruit juice, fresh lime juice, a little agave and silver tequila. Shaken, then poured over ice, the drink is often finished with grapefruit soda such as Jarritos. Creative license is exercised by many bartenders – this is a picture of a Paloma from Gracias Madre, a vegan Mexican restaurant in Los Angeles.  The cocktail was a mix of the usual suspects plus fresh thyme and grapefruit kombucha!  It was very tasty… 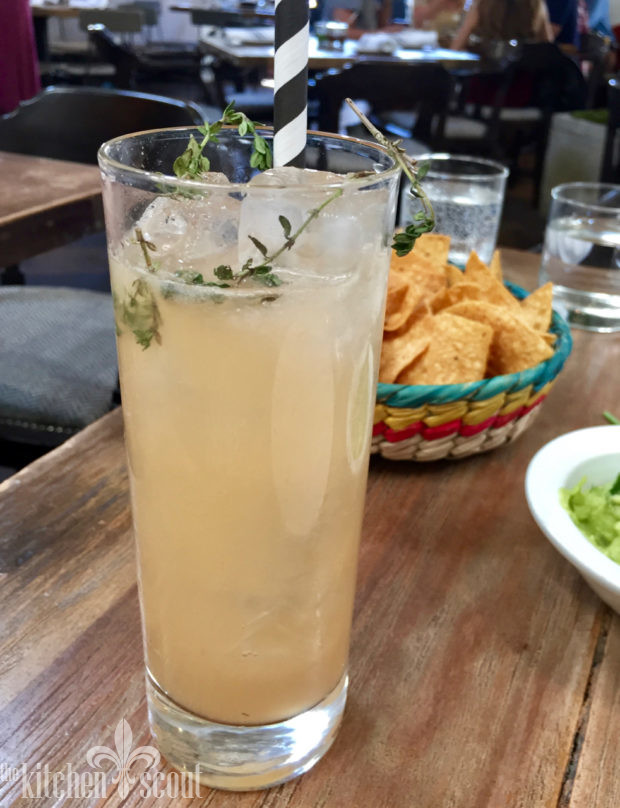 I checked out lots of different recipes before creating the one I am sharing.  Some used sugar instead of agave, some had less juice and some used club soda as a finisher.  I tested a bunch of mixtures without the tequila to see what I liked the best.  The final drink was road tested by my husband and some friends at a little gathering this week.

Here are some things to consider when you are making the drink.  Grapefruit juice is tart and I don’t like super sweet drinks so the amount of agave I have added takes a little edge off the tart flavors, but the grapefruit flavor still comes through.  If you think you want a sweeter drink, you may want to add some more agave or even a splash of orange juice.

Instead of Jarritos, I took a page out of a comment I saw on one of the recipes and offered my friends a finisher of either club soda or San Pellegrino Pompelmo (grapefruit) soda.  Some really loved the lighter, clear flavors of the club soda and some really liked the extra emphasis on the grapefruit flavors from the soda.  I also tried the San Pellegrino Blood Orange soda as a finisher and that too was very tasty.

As a result, I’ve written the recipe to give you lots of options!  The best thing to do is to taste as you go. Mix the base of the cocktail and taste it!  If you think you want it a little sweeter, make those adjustments before shaking them up!  And of course, the proportions here are for a traditional sized cocktail so it is on the strong side.  To lighten it up and reduce the percentage of alcohol in your drink, you can add either more club soda or grapefruit soda to make the drink last longer.  Or you can sip slowly!

Pour over ice, add a straw, sip and enjoy! 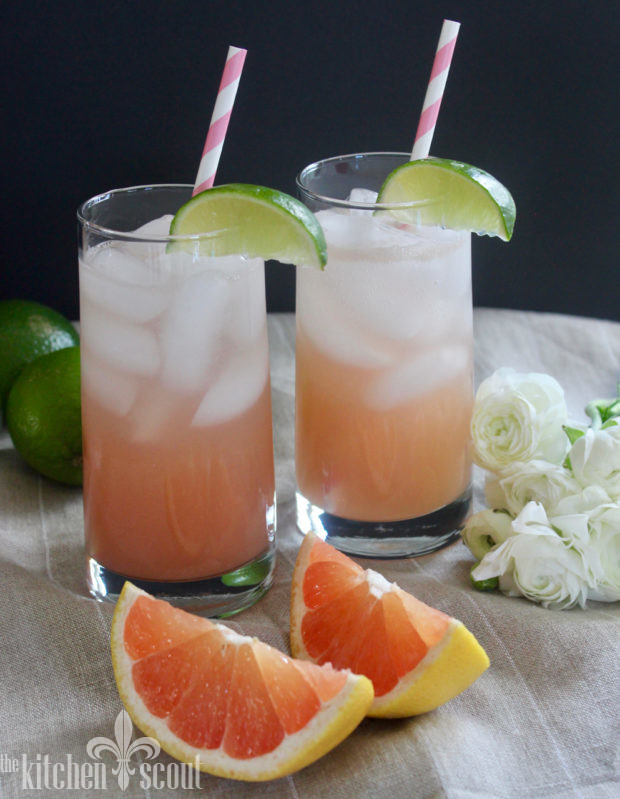 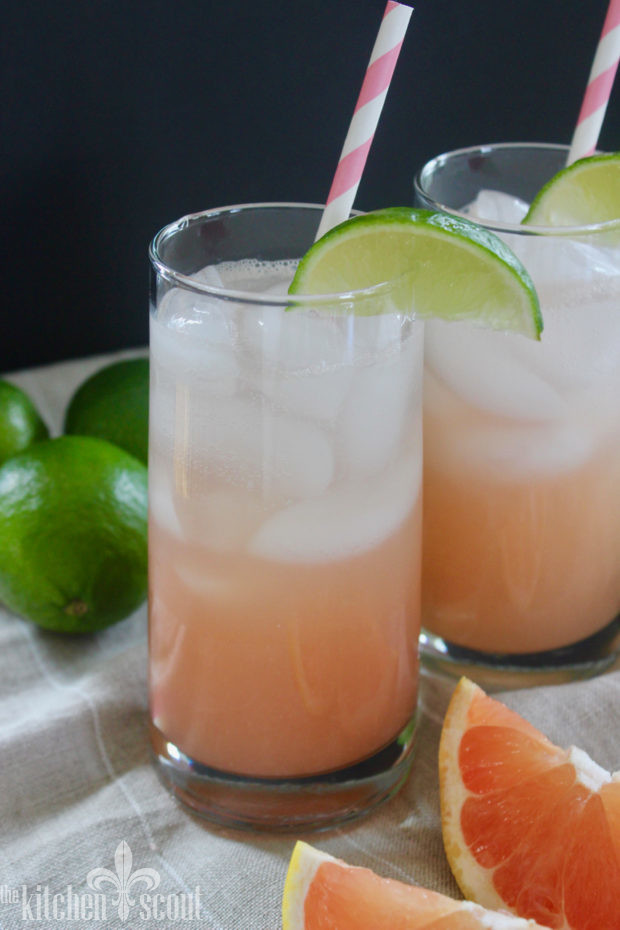 A few recipes to try this weekend…

Back to School Guacamole

The Paloma is a refreshing, tequila-based cocktail and a nice alternative to the more widely consumed Margarita. Traditionally the drink is served in a high ball over ice and topped with just a splash of soda. If you want to make the drink last longer and make it slightly weaker, you can add more of the soda. Best to use freshly squeezed grapefruit juice, but if you do buy previously squeezed juice, just make sure it doesn't have any added sugar. Enjoy!

For one cocktail
For four cocktails