Early on in our relationship, my husband revealed that he had a soft spot for rhubarb, especially when paired with sweet strawberries and definitely nestled between two layers of dough.  So what’s a smitten girl to do but bake a guy a pie?  Just in time for him to entertain his parents?  Ok, mea culpa.  I was trying to win “pie” points, but we are still going strong after 25 years together so it was worth it!

Little did I know.

Our first Christmas together was spent at his parent’s home in the Boston suburbs.  I was a little sad, having left my family for the first time, but was completely excited by his family’s celebration of the holiday that was centered around a roast lamb, just like mine.  As different as our families were, there was at least lamb in common!  My mother in law also made the most delicious baked bananas I had ever tasted.  Laced with brown sugar, butter and some lemon juice, they were an unusual (for me), deliciously sweet treat on my Christmas plate.  I was also introduced to Christmas crackers that we broke open to cheers, revealing paper crowns in jewel tones that we wore with great merriment.  While I missed my family, I was truly having a wonderful time.

The dishes were cleared and I waited to see what desserts awaited.  As I’ve mentioned before, my mother was the dessert queen on the holidays.  While she baked on occasion throughout the year, she really saved her famous pies and cakes for our holiday celebrations.  I looked forward to her carrot cake, her chocolate-pistachio cake and her apple pies that had the most amazing crust I have ever, ever tasted.  Dessert was a big deal on the holidays.

By contrast (and this is all in fun by the way), my husband’s family was fine with a scoop or two of ice cream.  Wait, what???? Where were the cakes?  Where were the pies?  A cookie?  A brownie?  Nope, not a wisp.  A scoop of ice cream, thank you very much.

It hasn’t really changed much since to be honest.  His family members really don’t have sweet teeth although ice cream is still a favorite!  It’s only when I bake a batch of chocolate chip cookies or when our girls want to join him for an ice cream at the local stand that my husband will seek out something sweet.

But rhubarb?  Ahh, rhubarb is still the way to his heart.  And since it was Father’s Day last weekend, I decided to make him a dessert from a newly published cookbook I had recently checked out from the library.

Have you heard or read about The Lost Kitchen in Freedom, Maine?  This article from The Portland Press Herald provides a terrific background, but essentially it is a small, intimate restaurant located in The Mill at Freedom Falls that is open from May through New Year’s Eve.  It accepts reservations starting on April 1, and is completely sold out almost immediately upon the phone lines opening.  Chef and owner, Erin French started The Lost Kitchen from her small kitchen apartment where she hosted a supper club for friends, family and strangers.  This concept morphed into a small restaurant that she ran successfully from a commercial space underneath her apartment, only to lose everything in a divorce.  Ultimately, she purchased a used airstream tradewind that she gutted and outfitted with a kitchen.  She drove around Maine hosting dinners and gained a big following, but she longed for bricks and mortar of her own.

The Lost Kitchen was reborn in The Mill at Freedom Falls through determination and grit.  Menus are created to celebrate the bounty of Maine and to celebrate whatever is in season.  I have never personally visited the restaurant, but the whole notion sounds fantastic.

The next best thing?  Check out Erin’s first cookbook, recently published by Clarkson.  Notes on the back from Goin, Silverton and Cowin – I would say she has done quite well!

The cookbook is divided by season with a clever “cocktail break” and provides recipes ranging from the relatable Maine Halibut Nicoise and Rosemary Brined Pork Chops to the more unusual Elderflower Fritters and A Stew of Moose.  At first glance, I wasn’t sure if I connected with much, but after really digging into the book I believe I may be cooking from it quite a bit.

Of course, the first recipe I tried was Rhubarb Spoon Cake, a delightful end to our Father’s Day supper. Easy to make and a beautiful presentation sealed the deal.  Chunks of rhubarb are turned into a compote by slowing simmering sugar, lemon juice and zest and a little cornstarch.  The cooled rhubarb is placed in a cast iron pan and covered with a simple batter that is just sweet enough.  I might say this cake would be equally delicious as a breakfast dish if you cho0se.  Erin says the recipe was born from a mistake, but sometimes mistakes turn out remarkably well.  Soft and easy to eat with a spoon as the name suggests, Rhubarb Spoon Cake should be on your list of things to make!

I tossed a little turbinado sugar on the top of the batter just to give the finished cake a little sheen and crunch, but it’s completely optional.  I also think you could mix this up with some fresh strawberries or use a different fruit entirely that you’ve made into a compote of sorts.

I hope you enjoy it as much as we did!  And if you can’t get enough rhubarb, give this Rhubarb Almond Crumb Cake a try too! 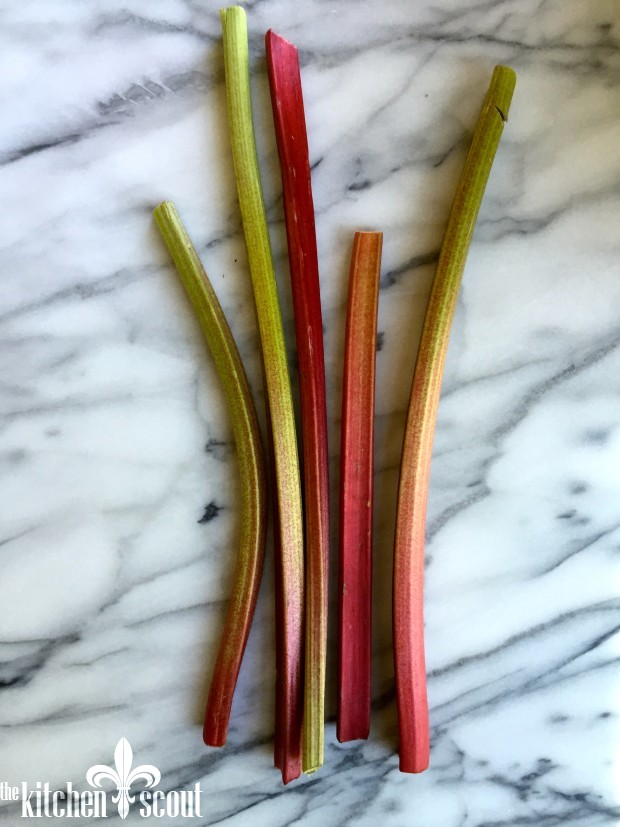 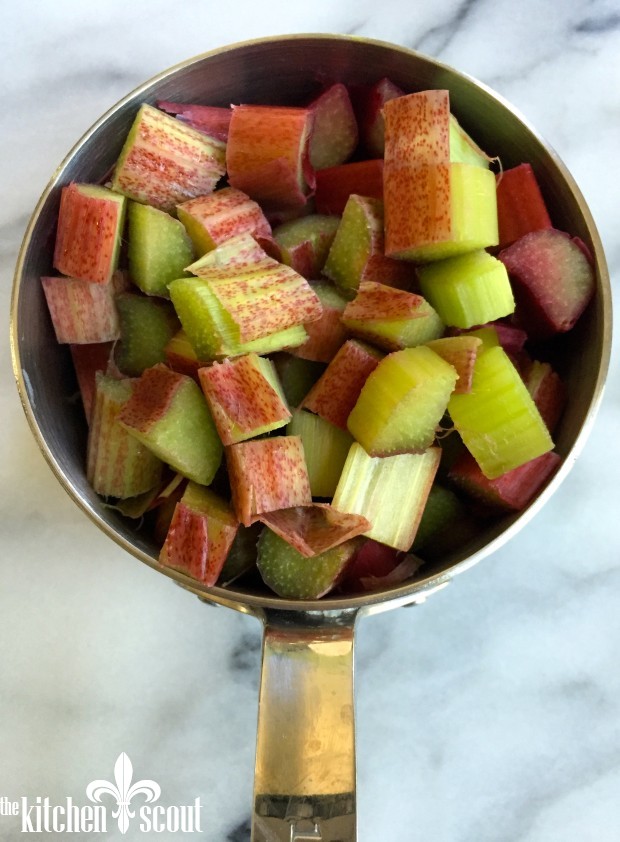 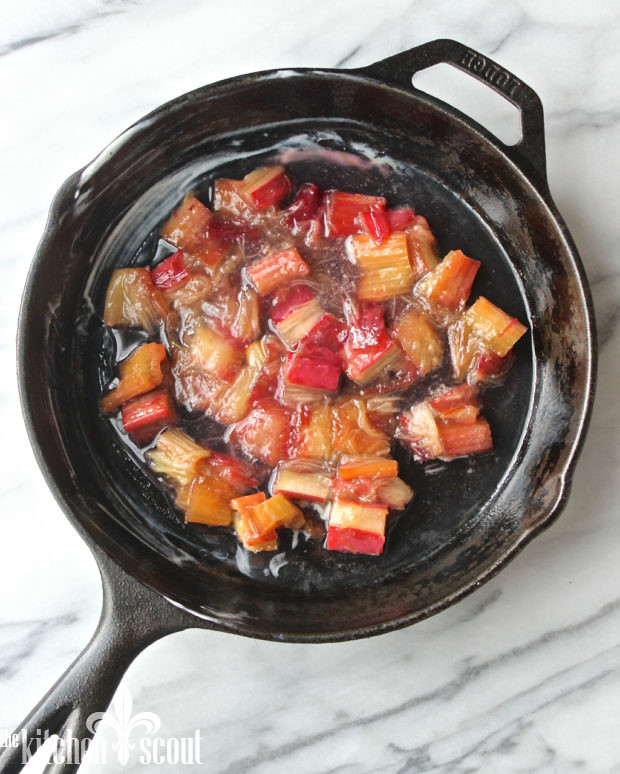 One Year Ago:  Strawberry Gazpacho

Three Years Ago:  Review of The Kirkland Tap & Trotter in Somerville, Massachusetts

Recipe from The Lost Kitchen cookbook by Erin French with just a few adjustments. The cake is so easy to prepare, perfect for casual summertime entertaining. I dare say you could experiment using other fruits or fruit compotes to make it your own. Enjoy!

For the Cake
Rhubarb Compote