As much as I value the ability to search for recipes and other cooking information online, I will always cherish my cookbooks.  Books that were written without the need to provide a glossy picture to emphasis how glorious a dish would look when completed.  Books that left the finished result up to the imagination and interpretation of the home cook.  Books that told stories along with providing recipes.  Books that perhaps even captured a moment in your personal history because of where you purchased them and why, or who gave them to you and when.

Some of my favorite recipes are within the pages of these cookbooks that line too many of my shelves.  Just this past week, I shared a birthday cake and frosting recipe with an inquiring friend from Rosie’s Baking Book, one of my favorites from a local author that was published in 1991.

About 16 years ago, my cousin Joan had the foresight to create a family cookbook that included recipes submitted by as many of my Kolligian family members as possible.  Many family members also wrote personal remembrances about the role food preparation and meals played in their daily and often collective lives.  Some of those family members have since passed away and I will be forever grateful to have their written words.

While, not surprisingly, the cookbook has many Armenian recipes, there are many more recipes from everyone’s everyday repertoires that also include brief mentions of where they came from or who loved them the most.  I have made a bunch of the recipes and I am not going to mince words here – they are all excellent.  My family does have some amazing cooks, truth be told.  This may be my most treasured book of all.

As an aside, I would encourage you to consider putting together a similar cookbook.  My cousin prepared ours through an online, self-publishing website but you can certainly do this more casually!  In today’s world, you could even incorporate pictures if you wanted. What a great holiday gift that would be, right?  There’s time….

One of the recipes from the family cookbook that I have made the most is my Great Aunt Elizabeth’s Fresh Apple Cake. Aunt-Elizabeth, who is Joan’s mother, was married to my great Uncle George (my grandfather’s brother and my father’s godfather).  She was a wonderful cook herself.  In fact, her banana bread recipe is my absolute favorite that I make all the time.  I think of her every time it’s in the oven.

I believe the recipe for Fresh Apple Cake may have been inspired by a Fannie Farmer recipe.  Aunt Elizabeth had a dear friend who was a graduate of the Fannie Farmer Cooking School.  Evidently, the two friends would take recipes learned at the school and get creative in the kitchen, changing things up.  Fannie Farmer does have other cake recipes that begin with the word, “Fresh”, another clue as to its origin.  I am guessing the word “fresh” is used to distinguish this cake from one resulting from a box mix.

I contributed the apple cake recipe to the cookbook I worked on for Gaining Ground many moons ago, substituting the shortening called for in the original cake with unsalted butter.  I brought the cake to so many meetings that year and it was always inhaled.  I know many people did make it after the Gaining Ground cookbook was published with great success as well.

This past weekend when one of our daughters was home from college, we went apple picking together on picture-perfect Columbus Day.  So of course, my mind went to Aunt Elizabeth’s cake and I am sharing it with you today.

Now in the years since I contributed this recipe to the Gaining Ground cookbook, I would say I have become a more mindful cook in some respects, so I have eliminated 1/2 cup of the sugar from the recipe and it is still delightfully sweet (you can add it back if you want).  I also tried the recipe with 1/2 all-purpose flour and 1/2 whole wheat flour which was fine, but it yielded a slightly darker, nuttier cake.  I preferred the version I made with less sugar and all AP flour.  Had I more time, I might have played with the butter and considered a swap out for some applesauce which could have both amped up the flavor and cut some of the fat.

But at the end of the day, this is a cake.  Studded with golden raisins and walnuts, it is spiced up with a combination of cinnamon, nutmeg and allspice that will make your kitchen smell divine and please your palate.  I have added a little cinnamon to the sugar you dust on top of the batter before it goes into the oven because I love it.  You can just sprinkle sugar if you prefer.  The cake is delightful on its own, or a little dollop of creme fraiche would take it over the top.  You can eat it for breakfast, dessert or as an afternoon treat with a cup of tea… 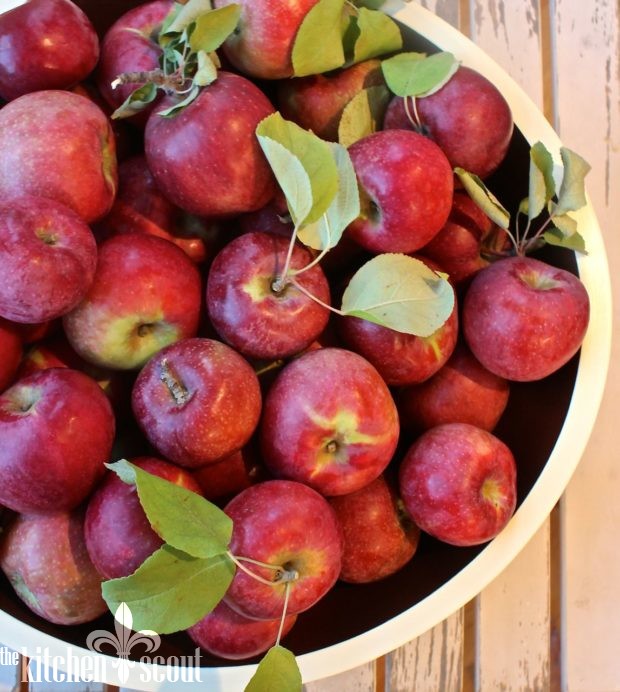 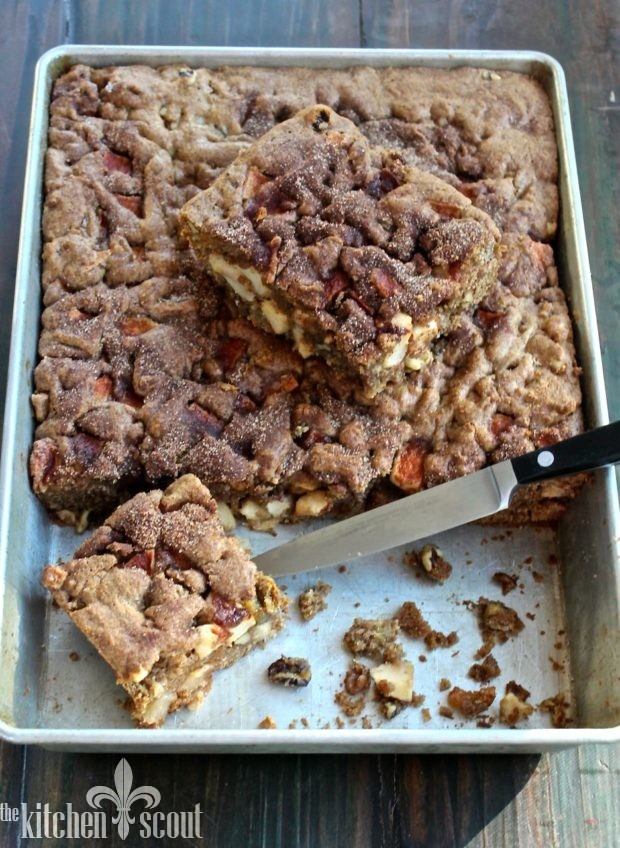 And this cake was made with all, all-purpose flour which is my preference here.  You can use a glass or a metal baking dish, but if you use the metal dish just keep an eye on it so it doesn’t brown too quickly.  You may want to cover it with foil after 30 minutes if you do use metal… 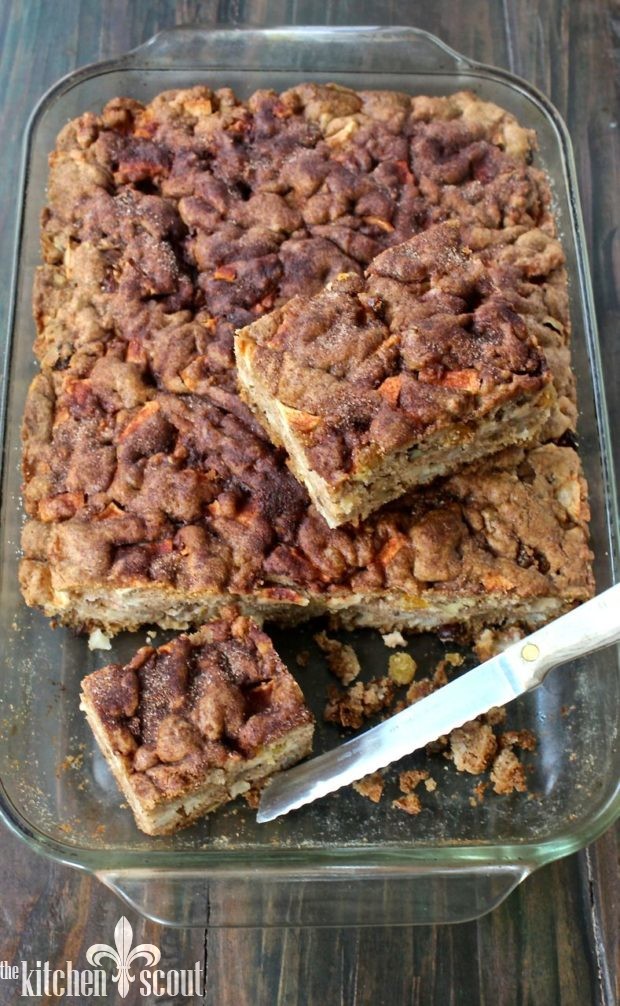 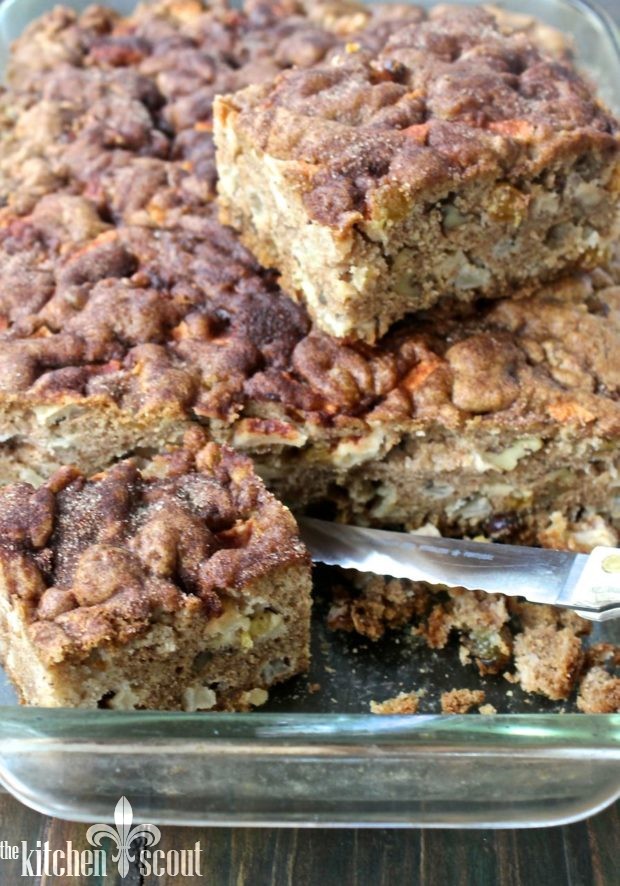 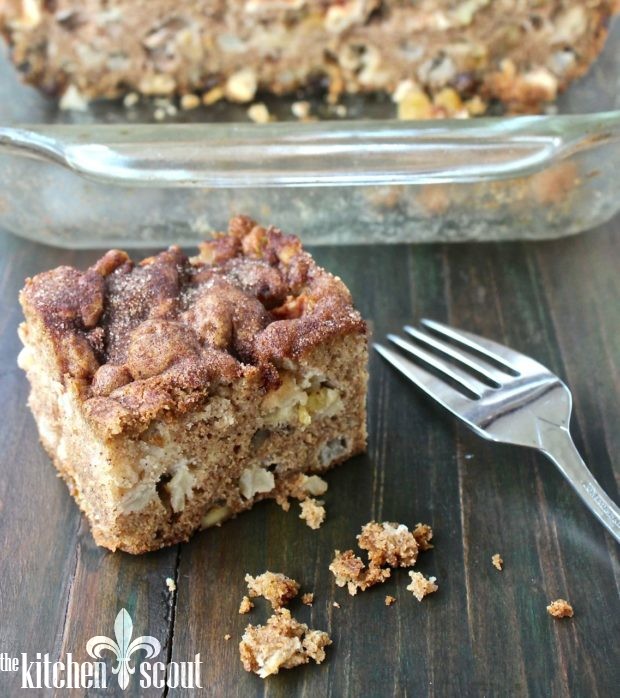 I love recipes that come from previous generations don’t you?  Please let me know if you make Aunt Elizabeth’s Fresh Apple Cake and what you think in the comments!

One Year Ago:  Homemade Vanilla Extract 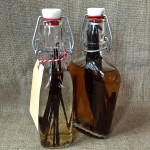 Two Years Ago:  Review of The Farmhouse in Needham, Massachusetts 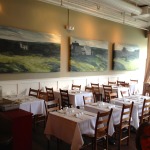 This apple cake is perfect for any time of day. The original recipe called for 2 cups of sugar, but I found that 1 1/2 cups worked just fine and still resulted in a cake that had plenty of sweetness. You can use 1/2 all purpose flour and 1/2 whole wheat flour if you prefer but will note some difference in the color and flavor of the end product naturally. You can also dust the top of the batter with plain sugar, rather than the sugar-cinnamon combination I have written here. If you use a metal baking pan, you may want to check the cake after 30 minutes and cover with a foil so it doesn't get too brown.