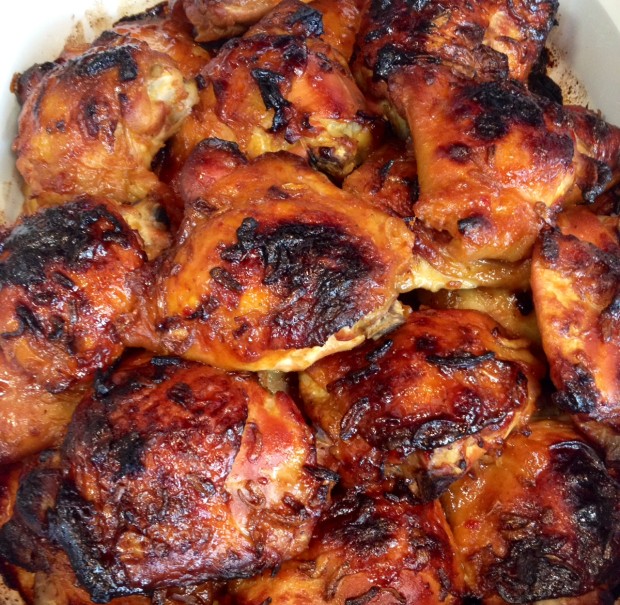 In one of my first posts, I mentioned a recipe for Apricot Chicken.  It was given to me by one of my oldest friends, although I couldn’t remember the when or where until recently.

My friend’s name is Arlene and we’ve known each other since we were teeny, attending Sunday School together until we graduated at 18.  Arlene and I spent time together outside of Sundays as well and I especially enjoyed visiting her at home because she had an adorable black cocker spaniel named Archie and we, alas, did not have a dog.  I swear Archie was the inspiration for our cockapoo so many years later.  We both went to college in Maine, after which we lived together outside of Boston with a rotating cast of supporting roommates. We have stayed close through all the years of marriage and babies.  In fact, our daughters are now best buddies having met at church and they too are ending up in the same southern state for college.  How bizarre!  And the beat goes on, right?

Recently, we both brought her Apricot Chicken to an annual potluck held by our church to kick off the Lenten season.  When I mentioned I was writing about the recipe on the blog, she asked me if I remembered the night she gave it to me?  Evidently, she served it to my husband and me the infamous night figure skater Nancy Kerrigan was whacked in the knee. How do people remember these details decades later?!!! It must be the lawyer in her – ha! At least the mystery of when and where I got this recipe from her was solved.

Arlene has tweaked the recipe over the years.  She marinates the chicken in the remaining ingredients for a few hours and removes it from the marinade for cooking.  She cooks the meat at a higher temperature and then sticks it under the broiler for a few minutes at the end to make sure the skin is crisp.

I would definitely change the oven temp to 375 (the original recipe called for 350), but I do like having a sauce to drizzle over the chicken at the end.  Here was my version, admittedly a little less attractive but still delicious. 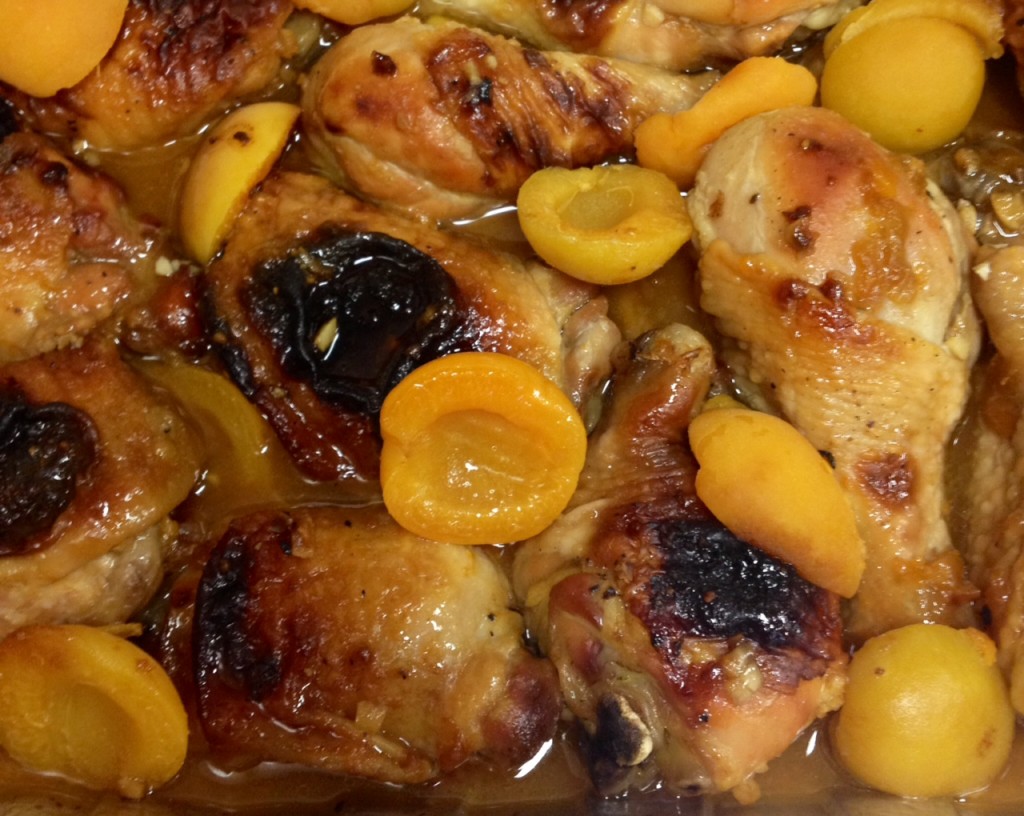 Either way you prepare the chicken, it is a great dish and even better made a day in advance. Thank you, Arls!