Chocolate has always received a lot of attention on the blog.  I can’t help it – I adore it as I’ve mentioned so many times before.

Have I ever mentioned, though that for a time when I was young we thought I was actually allergic to chocolate?  Quelle horreur.  I can still remember the day.

We were at my grandparents’ house in Gloucester for a Sunday afternoon, and we went out to get an ice cream.  Naturally, I selected chocolate.  Well, said cone of confection did not agree with my then juvenile tummy and it was a rather bleak ending to an otherwise wonderful day with my grands.  I don’t need to share the details, but I do remember laying on the couch in discomfort and my mother announcing that I must be allergic to chocolate.  What????

Things were pretty black and white in my family – and I’m saying this completely tongue and cheek but it makes for a better story right?  If something made you sick once, you needed to avoid it for the rest of your life.  Now that I think of it, I think that was the case for my Dad and a particular style of food.  He tried it once, it didn’t agree with him and it was forever banned from his diet.

Well naturally I was devastated by my mother’s diagnosis, but what was I to do?  Risk being sick for the occasional pleasure of a chocolate bar?  In all honesty, it didn’t really matter in my day to day life as, if you recall, my Dad was a dentist so chocolate was consumed on the rare occasion, mostly holdiays and a few treats sprinkled throughout the year.

ANYWAY.  That was a tangent wasn’t it?  The end of the story is somewhere along the way I became unallergic to chocolate, luckily and my love affair has endured.

While I will acknowledge that chocolate is my first love, ginger, molasses and cinammon are also prized ingredients.  Offer me gingerbread, a snickerdoodle or a ginger molasses cookie topped with some crystallized sugar and I will gleefully accept.

So, when I was looking for a little treat to make for my book group gathering this past week, it was these Ginger Molasses Blondies that intrigued me.

The recipe comes from Broma , a baking blog that I follow.  It came together easily with ingredients I mostly had on hand.  A batter is prepared with the usual suspects – butter, brown sugar, molasses, eggs and vanilla.  To give the blondies a little extra pep, freshly grated ginger is added to the wet ingredients.  Flour is enhanced with the warming spices of cinnamon, ginger and cloves and the batter is spread (because it’s thick) into a 9-inch pan.  And then, a meaningful amount of cinnamon sugar is sprinkled over the top.

I served them to my friends and everyone enjoyed them.  There were some thoughts about maybe adding some texture with a dried fruit or some diced crystallized ginger, but everyone thought the flavor was really good and I think they are even better after sitting for a day 🙂

It’s fun to break tradition and make something a little unexpected.  Normally you would see this flavor combo in a cookie but in a blondie?  It’s a first for me.  And these bars really hit all the right seasonal (and non-chocolate) notes for me.  What do you think?  Will you give them a try?  They might be a great new addition to your cookie swap or gift giving this holiday season. 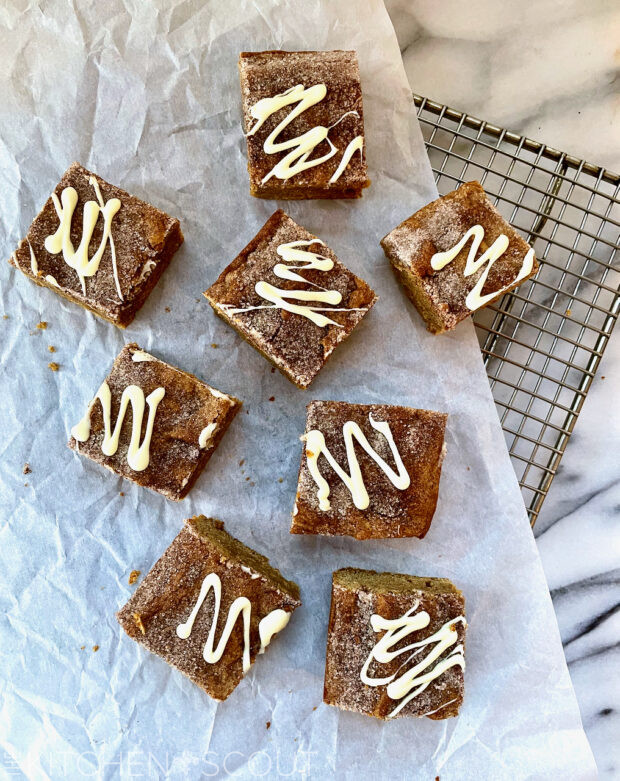 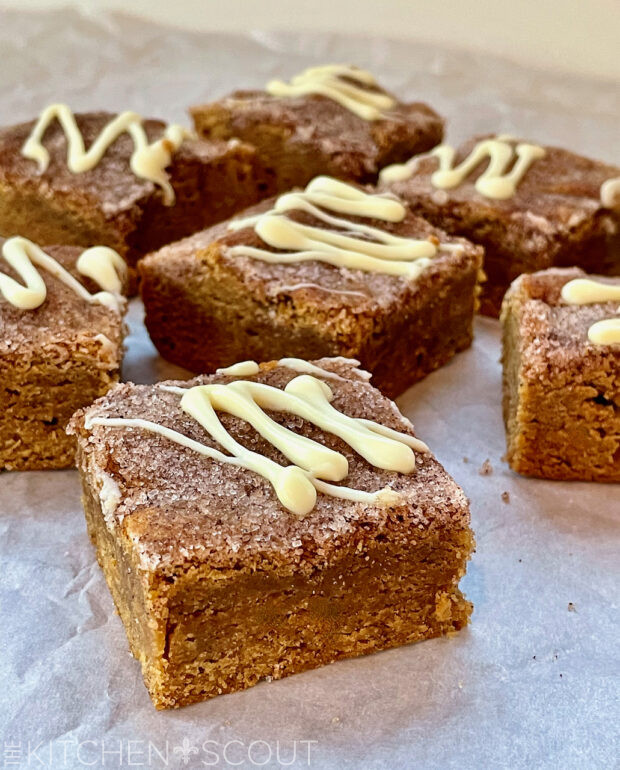 Scroll to the end of the post for the recipe for Ginger Molasses Blondies! 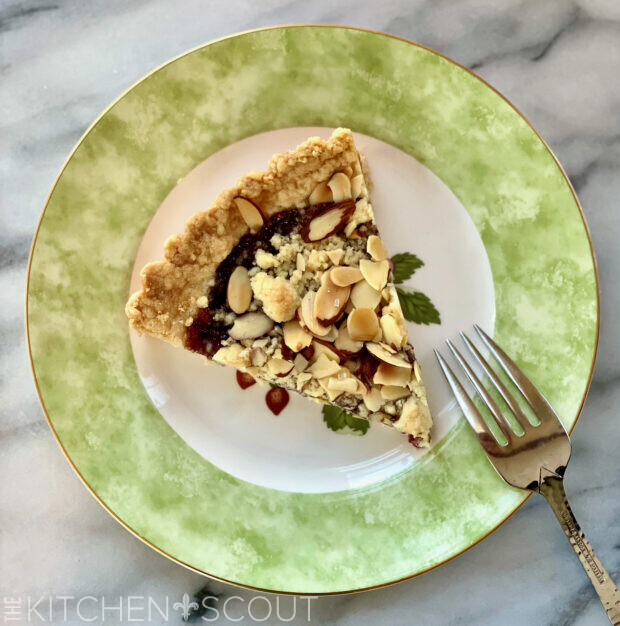 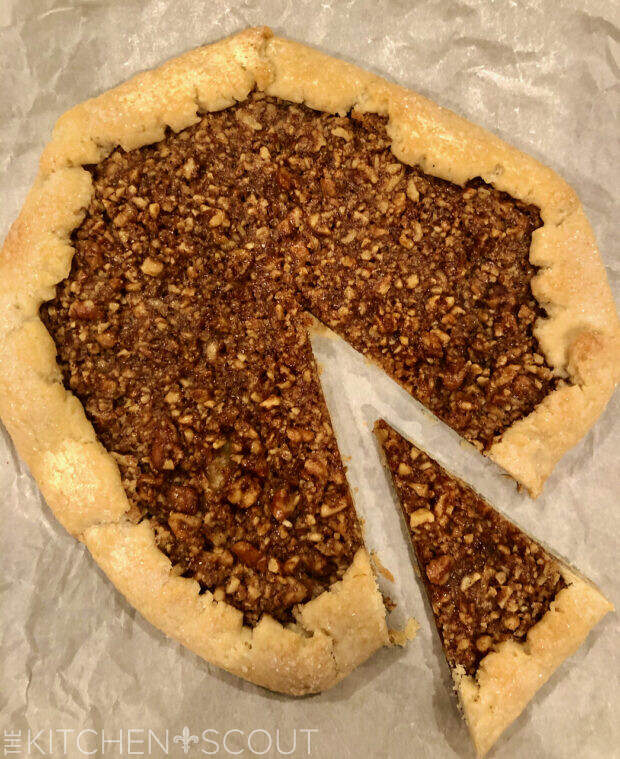 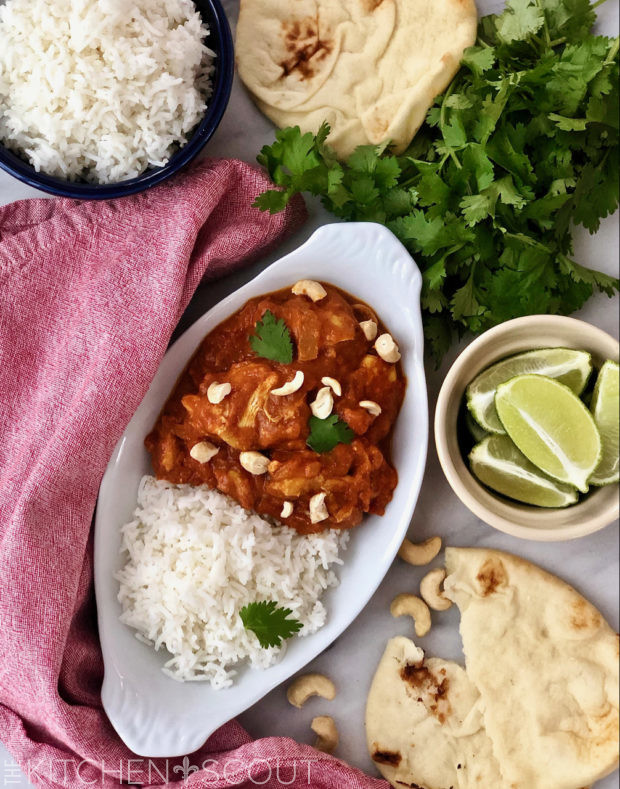 Four Years Ago:  One Pot Spicy Chicken and Rice 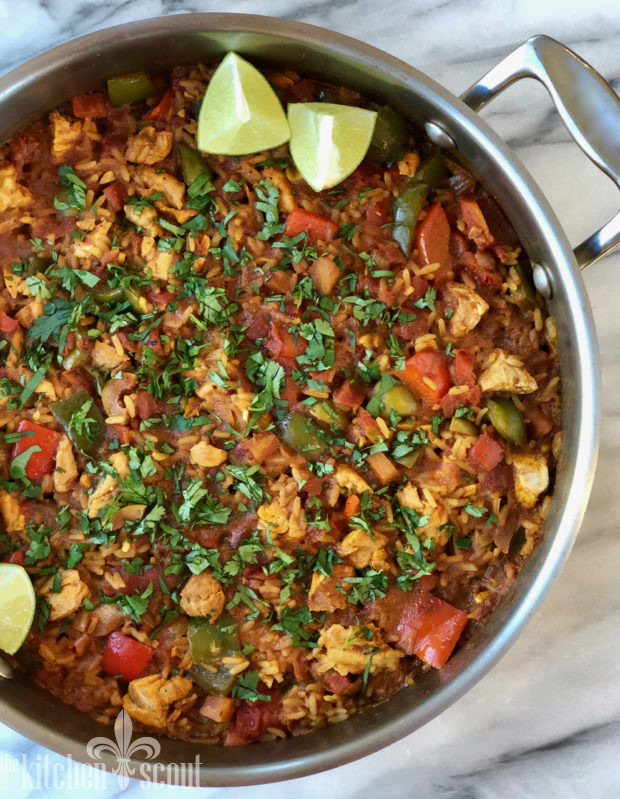 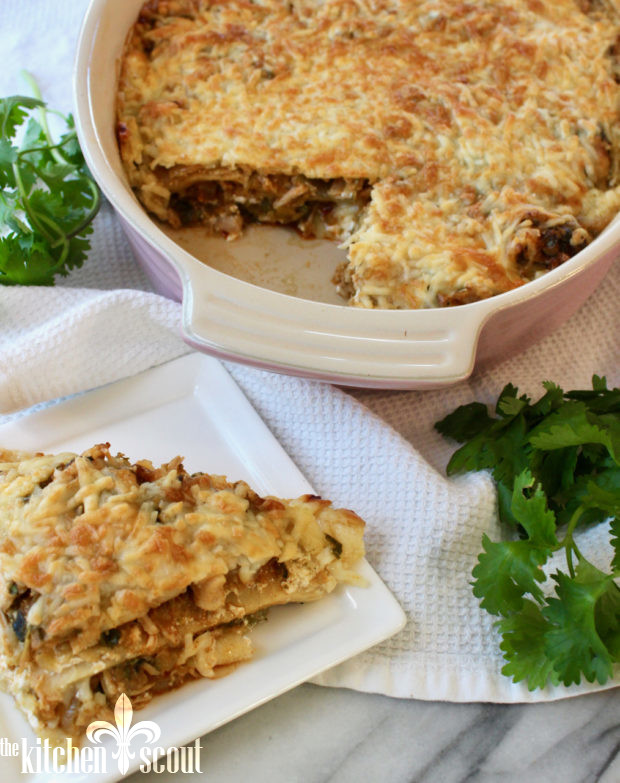 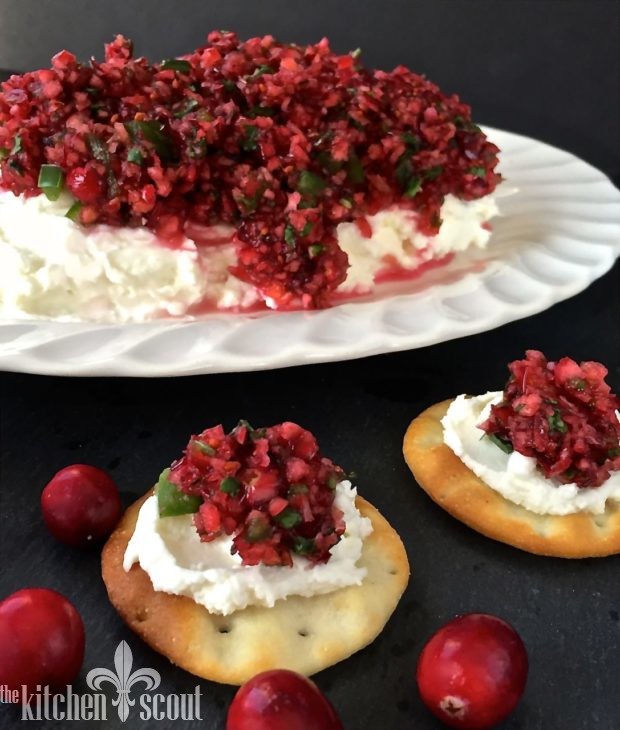 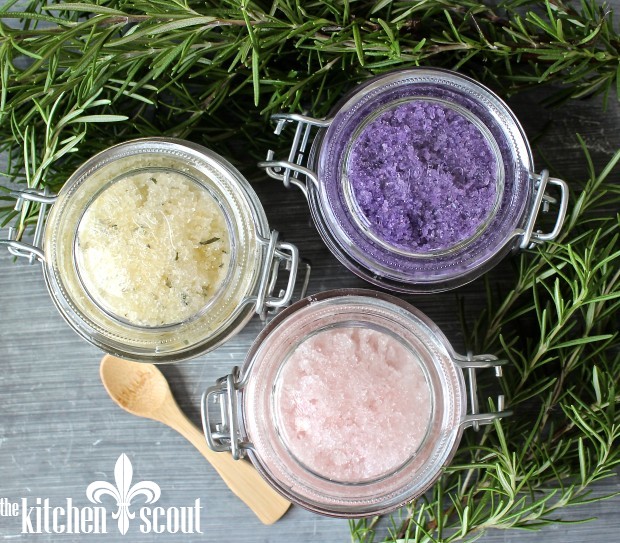 Eight Years Ago:  The Bourbon and Bubbles Cocktail 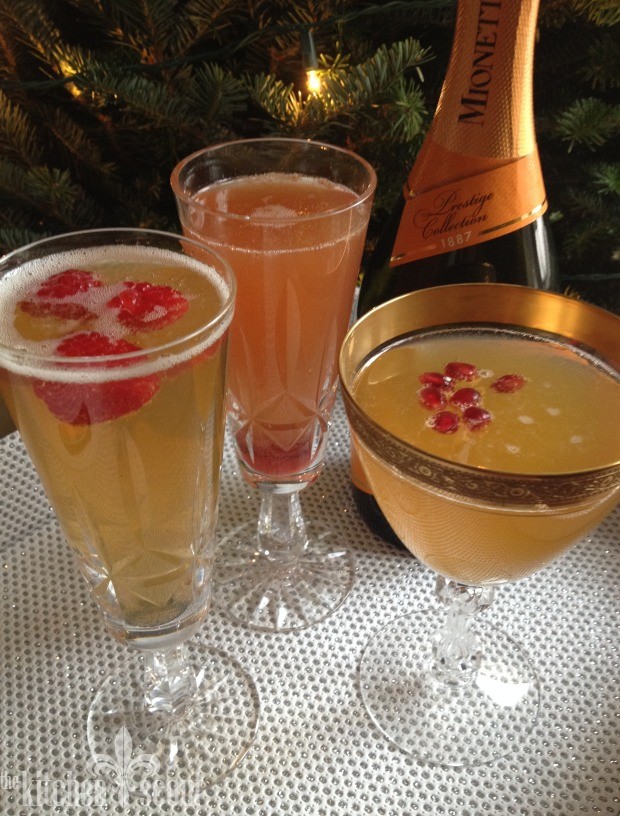 Yield: Makes 1 9-inch square that can be cut into 16 large or much smaller serving pieces

This recipe is your holiday alternative to chocolate - a blondie that gives ginger molasses cookie vibes with a cinnamon sugar topping and some white chocolate for a little pizzaz. You can dress up the batter - small diced crystallized ginger or maybe some currants or white raisins. But I think these are delicious as they are and hope you give them a try! Thanks to Broma Bakery for the recipe which I've adapted ever so slightly for flow.

For the batter
For the Cinnamon Sugar Topping
For Finishing

1
Faccia a Faccia
Sicily Part One