I was browsing the new-ish cookbook, Jew-ish by Jake Cohen which, showcases his “reinvented recipes from a modern mensch” and landed hard on a recipe for Everything Bagel Galette in the breakfast chapter.

Do you like smoked salmon with your bagels?  Or smoked salmon in general?  If you do, you are going to love this recipe.  And if you don’t, you could probably just leave it out and have a delicious tomato tart with the everything bagel vibe.  Win-win.

I happen to adore smoked salmon and don’t exactly recall when I first tasted it, but I was definitely an adult.  Pretty sure it was in a whipped cream cheese that I got to go with some of my favorite bagels from a place in Newton called Rosenfeld’s.  IYKYK.  Rosenfeld’s has been making some of the area’s best bagels from its tiny shop for decades.  For me, choosing just one cream cheese was hard as both the lox/smoked salmon and chive versions competed for first place.  Both were delicious – how to choose – especially when paired with my favorite marble bagel?  I usually avoiding making a choice and asked for a side of both flavors.  Any extra I was able to enjoy on toast or bagels I froze later in the week.

Anyhow, this love has morphed into the occasional indulgence in smoked salmon on its own with the full array of its usual accompaniments, cream cheese, red onion or scallions and capers on toast points as an appetizer or again, on a bagel like when we visited Russ & Daughter’s in New York City several years ago… 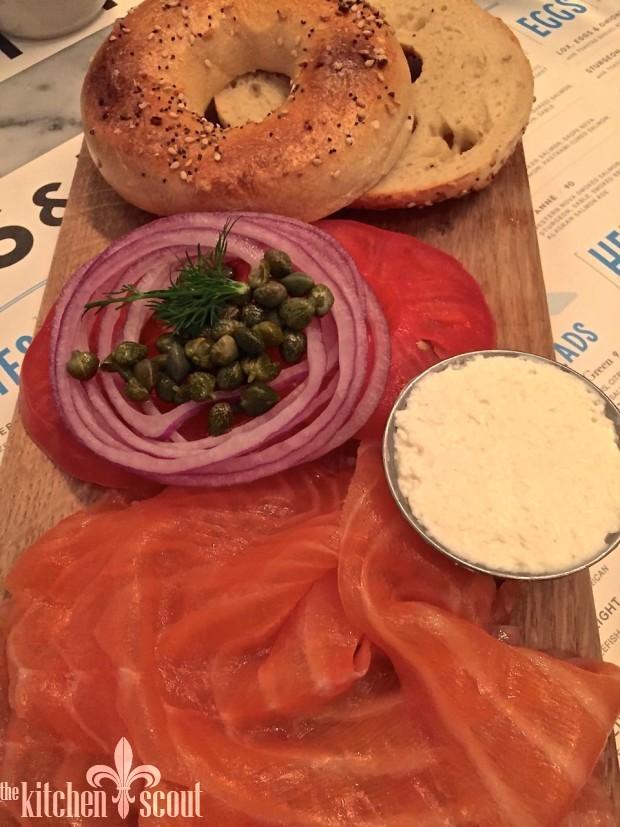 No surprise that when Jake took all those requisite ingredients and celebrated them in a pie crust enhanced with everything but the bagel seasoning, that it was a recipe I would have to try.  How could anything with those ingredients be wrong?

It was so right!  With Easter and Passover coming very soon, I thought this might be a good time to share this fun recipe to consider for your holiday tables.  It is best served at room temperature so it’s perfect entertaining food, and depending on the number of people you want to serve, you can cut the recipe in half as I did to test it, or bake one large galette.  I might even suggest making two galettes so they are easier to manage.

First, make the pie dough.  Jake’s recipe calls for using ice cold vodka to tenderize the crust but I just added a little more water.  Once your dough is made and has rested for a bit, it is rolled out to a 1/6 inch thickness and transferred to a baking sheet.  Cream cheese that is mixed with lemon zest, sliced scallions and chopped capers is spread over the dough, topped with the smoked salmon, and beautiful slices of heirloom tomatoes (I found some, but you can use whatever you can find) that you season with some salt.

The edges of the pastry are folded over the tomatoes, not to cover but just to create a border.  The edges are then brushed with an egg wash and sprinkled liberally (in my case) with everything but the bagel seasoning (I used Trader Joe’s).

The galette is then baked for 50-60 minutes until golden brown, and once cooled topped with some additional sliced scallions (you could use red onion), flaky sea salt and some dill.

Delish. I have to say that at first I was a bit skeptical about baking the galette with the smoked salmon but it worked just fine. My husband and I enjoyed this over the course of a few days for our lunches… 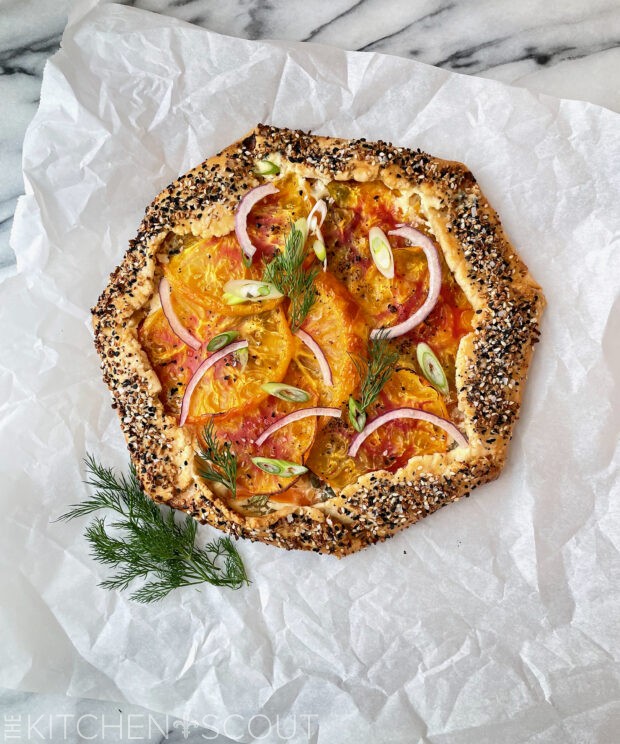 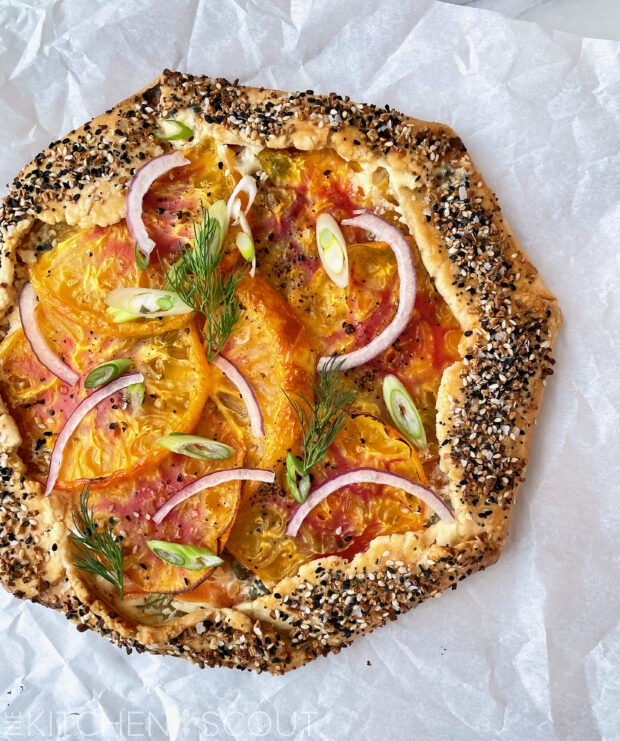 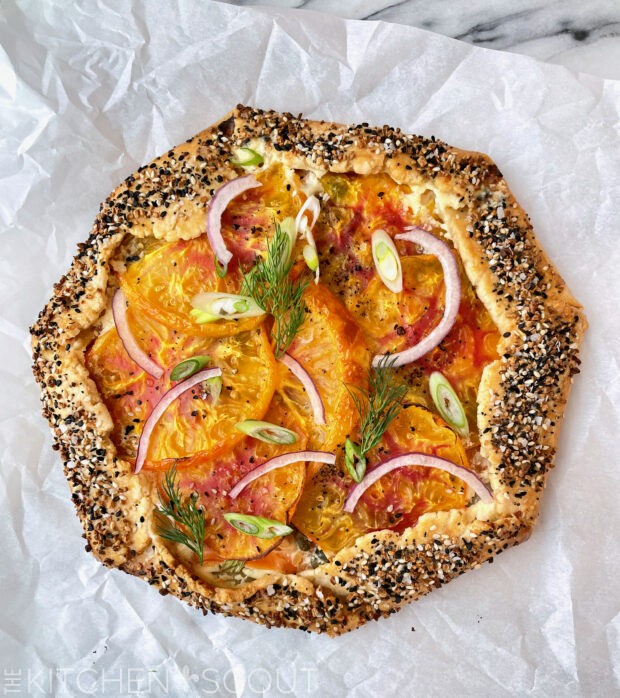 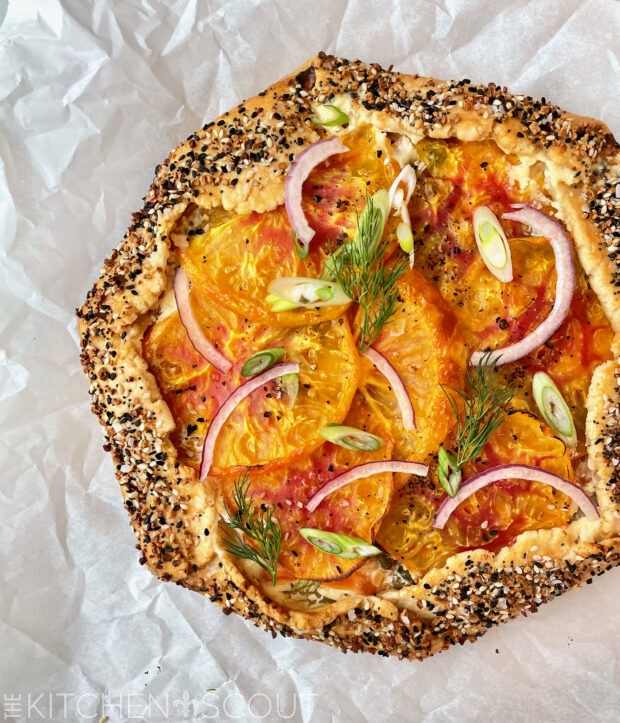 I hope you make this recipe and if you do, please let me know if you enjoy it!

Here are some other recipes with Easter in mind.. 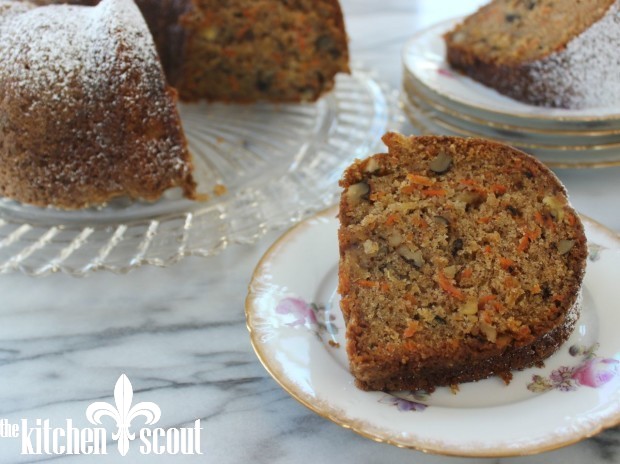 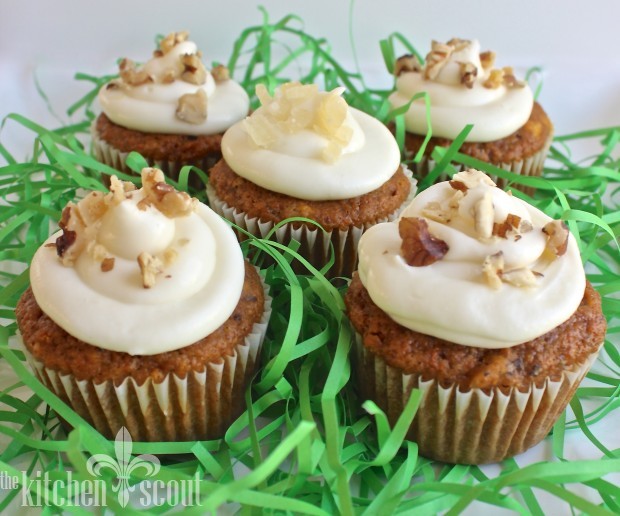 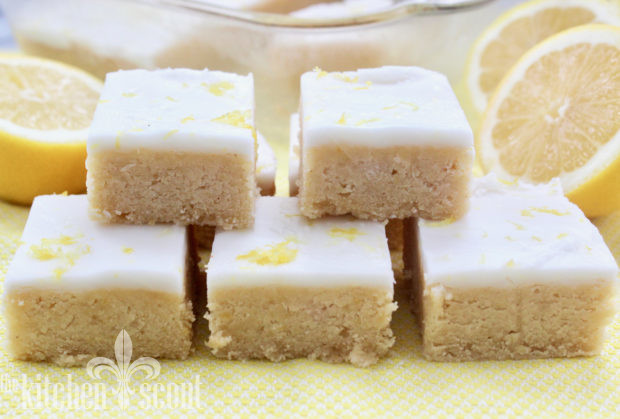 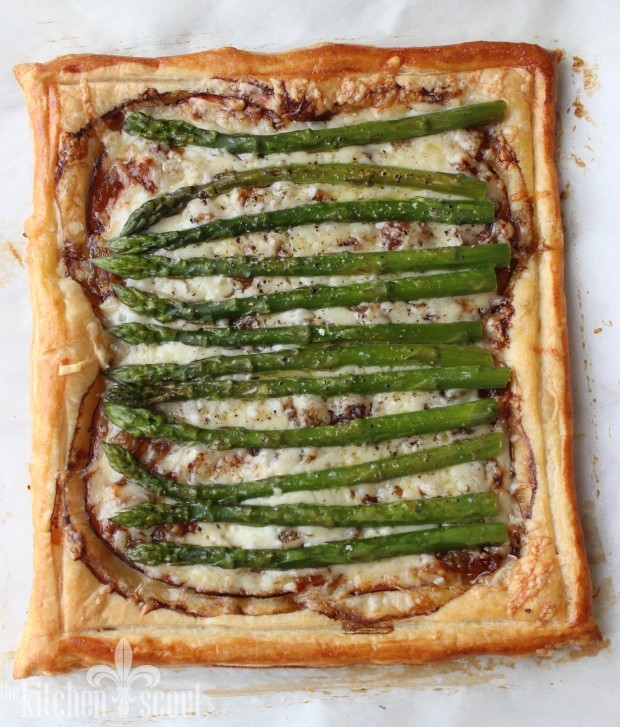 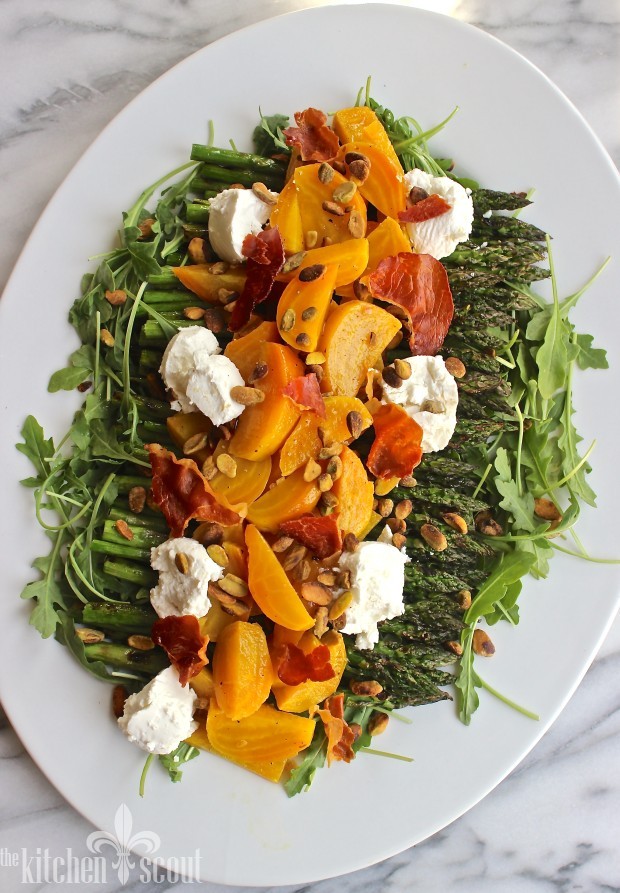 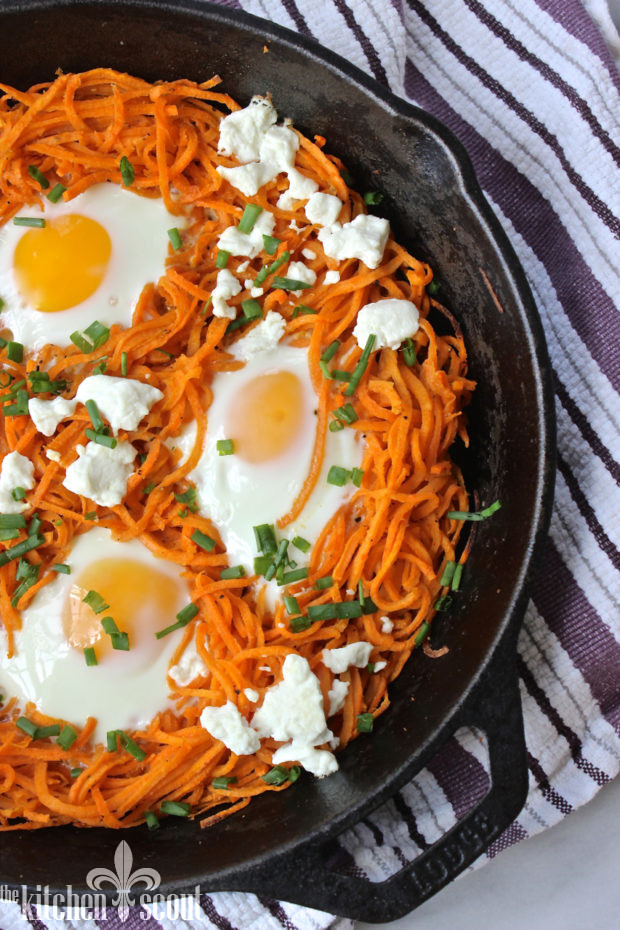 To test this recipe, I cut all of the ingredients in half to make one galette that served 4-5. My husband and I ate slivers over the course of a few days. I've provided those measurements in parentheses after the ingredients. You can make one large galette as Jake's recipe suggests but personally I would divide the recipe into two tarts instead to make things easier to handle. In that case, roll each half of the dough until it is 1/6 inch thin. It should be about 12 inches in diameter.

All of the flavors of your classic bagel combination in galette form. What could be better for breakfast, brunch, lunch or dinner?!

Recipe adapted ever so slightly from Jew-ish by Jake Cohen.

For the Dough
For the Filling

For the dough
For the Filling and Assembly