Buttery Shrimp with Peas and Potatoes

Since it’s that time of year when we are looking for quick and easy but still delicious recipes, I wanted to tell you about this one pan shrimp dish I made a few weeks ago.

It started with the purchase of some beautiful wild shrimp I found at my local market.  The original thought was that I might make a simple pasta dish with some lemon and capers and call it a day.  But once home I realized I had a fair number of small creamer potatoes that needed to be used up and thought they might be a touch lighter than the pasta.  But how could I combine them and avoid the protein-starch-veg trap?

So I did what many of us do when needing a recipe to use up this and that in our kitchens and turned to Google.

Buttery Shrimp with Peas and Potatoes from Food and Wine popped up first, a one pan wonder that finishes with a touch of cream and some dill, my favorite.  But alas, the hubs dislikes peas so I checked the bin and solution found, some green beans that diced up small served as a good substitute.

The potatoes are thinly sliced and cooked in some boiling, salted water and removed.  Same for the beans.  The pan is emptied and oil and butter (a fair amount, thus the name) are added.  A little saute of some aromatics follows, the addition and reduction of some wine as well.  Your shrimp are then given a good sear on both sides, the veg are added back, along with some chicken broth and the cream.  Everything is warmed through together.

The dish is finished off with some fresh dill and a must – crusty bread for dipping in the luscious sauce.  Yum.  We almost ate the entire pan, which is why I suggest you may want to use up to a pound of shrimp to safely serve four. 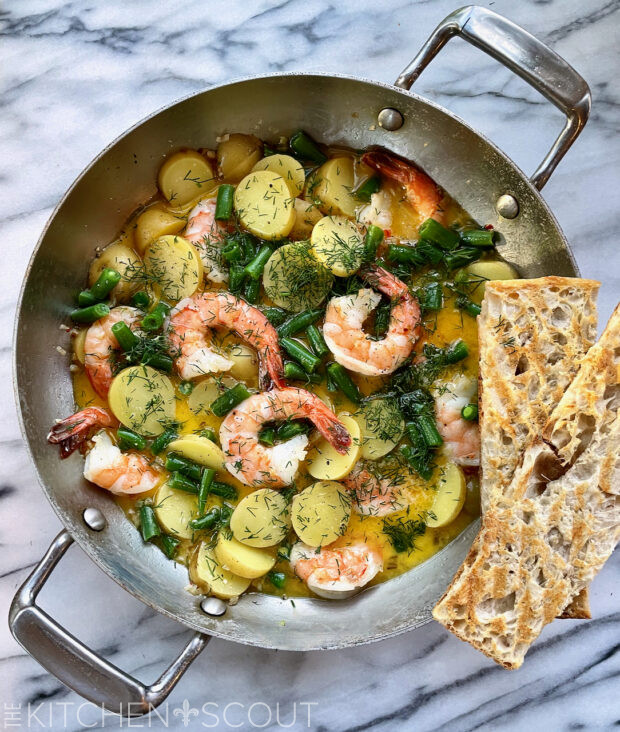 Some of you may know from Instagram that we have been in Sicily.  We are on our way home and I do hope to write a post or two on the trip, but here are a few snaps of some of the eats we have enjoyed! 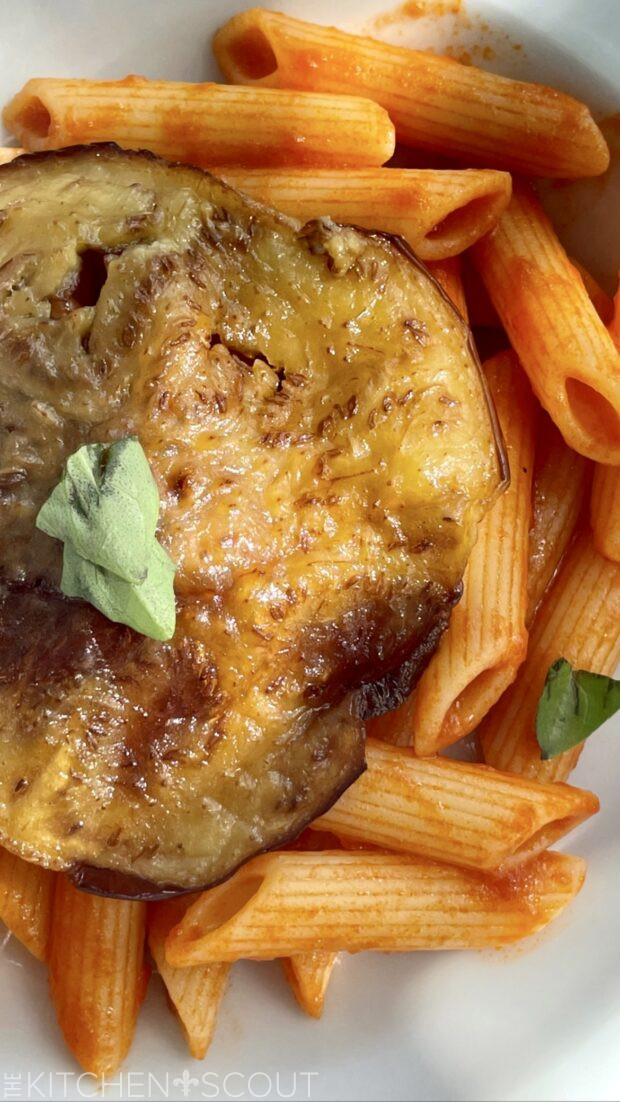 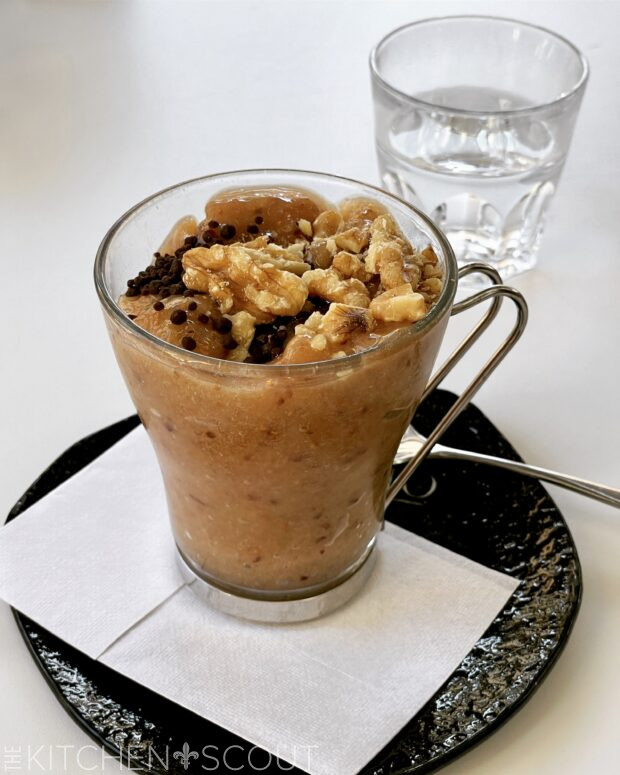 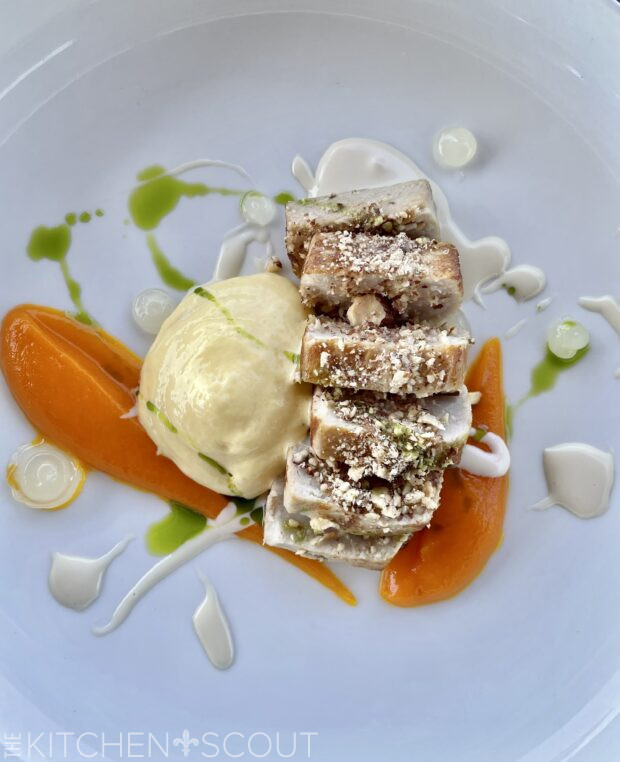 Almond crusted swordfish with lemon gel and purée of carrot 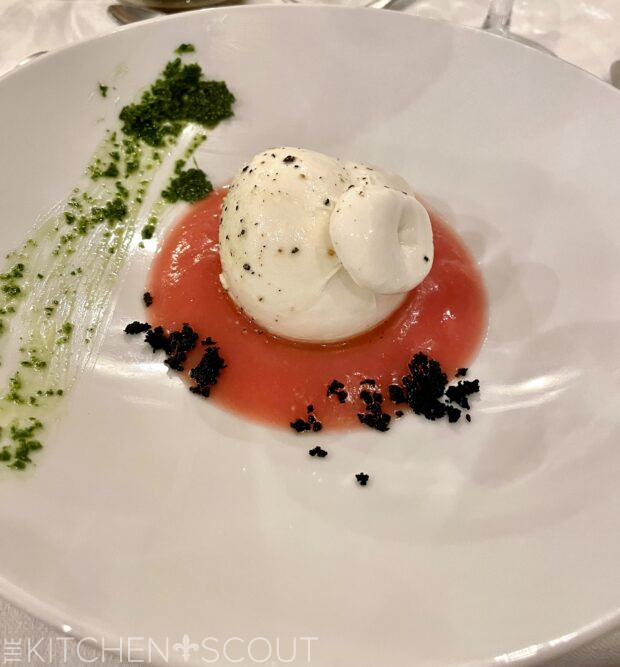 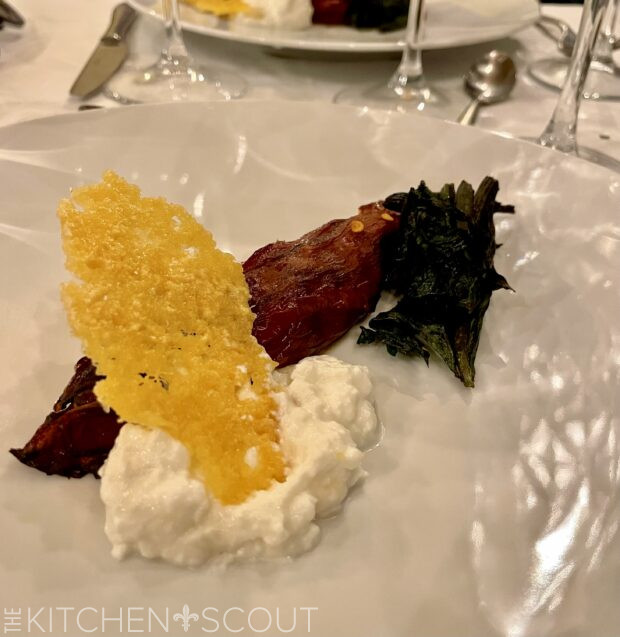